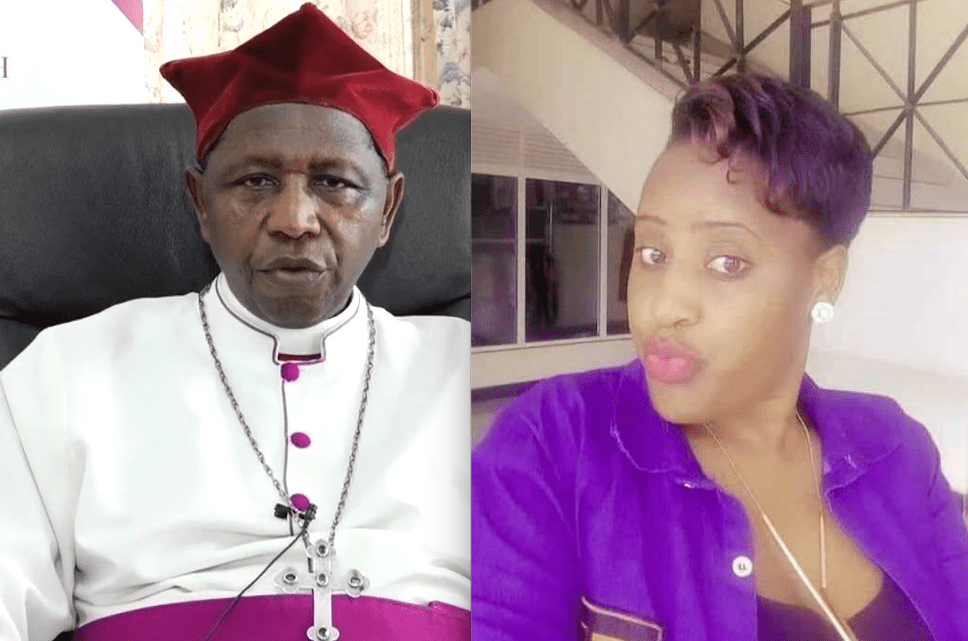 Christians under the church of Uganda are demanding to see the former church of Uganda Archbishop Emeritus Stanley Ntagali take care of his one year and two months baby boy whom he sired with Judith Tukamuhabwa- the lady he confessed to have committed adultery with.

It must be remembered that according to a letter dated January 13, 2021 from the Archbishop of the Church of Uganda Most. Rev. Stephen Kaziimba Mugalu, the retired Archbishop Ntagali was  accused of having an extra-marital affair with a married woman and Arch. Ntagali, who doubles as the former Uganda Christian Univeristy (UCU) chancellor later acknowledged it in public and asked for forgiveness.

Ntagali noted that although he was strong since Christmas Eve of 1974 when he got saved, he sadly weakened in faith and fell into sin. Ntagali informed the congregation that he has since confessed and concealed himself in prayer seeking pardon and guidance from God. He also said that he is turning to his brothers and sisters in faith to find a place in their hearts to forgive him.

He further sought forgiveness from the family of the priest, Rev Christopher Tukamuhabwa whose wife he committed adultery with.

Back to the Baby Boy

Campus Bee understands that by the time Archbishop Kazimba lifted the lid on the adultery of Ntagali, Judith Tukamuhabwa had already gotten pregnant for him and later sired a boy child.

Reliable sources say the House of Bishops had demanded Ntagali to face disciplinary committee but this was blocked by the Archbishop Kazimba who is a confidant of his former boss Ntagali. Ntagali, we are told, was instrumental in the election of Archbishop Kazimba.

According to a Canon in church of Uganda who preferred anonymity whom our reporter talked to on phone, Ntagali denied the child and demanded for DNA Paternity tests which were done. A copy of the DNA test results seen by Campus Bee proved to be true to a rate of 98% indicating that the child’s Father is Ntagali. A family source intimated to this Campus News website that it is Ntagali who forced Judith Tukamuhabwa to go for DNA tests and funding of the tests was done by the COU provincial Treasurer’ s office.

A section of christians say that ever since Judith’s pregnancy Archbishop Ntagali neglected to support her till to date. “During the heydays of the relationship he had promised her heaven on earth including renting her a house, buying for her a car and upkeep. A number of Christians who are friendly to Ntagali have tried to reach-out to him to accept the reality and take care of the boy child. He confessed in front of God and the public at Namirembe Cathedral  to have sinned and being repentant which would imply being responsible for the product of the sin which was the innocent child,” the source said.

The family source further intimated to us that the child has not yet been baptized. The baptism against Church guidelines which require a child to be baptized during the first year has been put on a hold till matters are resolved. “Sadly, it seems the Church internal mechanism has failed to resolve the impasse. Judith ran to courts of law and Ntagali was summoned and pledged to sign and commit to looking after his child, but has since disappeared and abdicated his responsibility,” the source revealed.