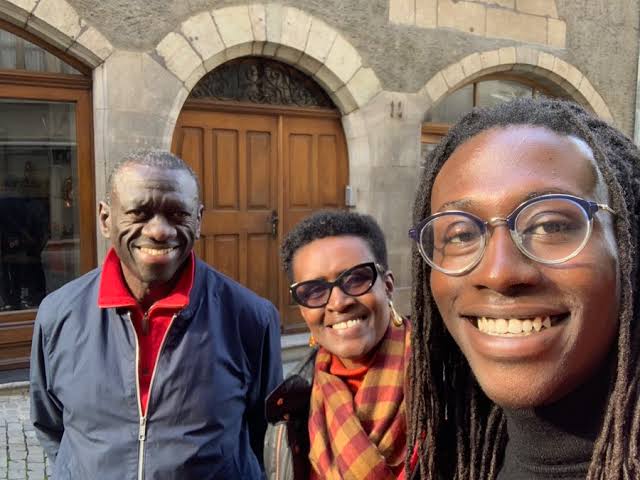 As many Ugandan students jubilate exceedingly upon University completion in domestic Universities, son of former FDC Presidential flabearer Dr Kizza Besigye, Anselm Besigye has hit the headlines once more with an enormous achievement of becoming a Havard graduand.

According to Anslem’s mother Winnie Byanyima, Anslem will graduate with honors from Harvard University on May 27.

“We are toasting Anselm! He submitted his last assignment today & its official- he will graduate with honours on 27 May! Congratulations!”, the proud mom noted.

Anslem enrolled in 2017 to the prestigious University that a few Ugandans can afford (if not only in their dreams) and his success at the university is more of a personal milestone than an inspiration.

Anselm grew up in New Jersey and went to high school in Connecticut. Since his early childhood in Africa, Anselm has been dedicated to fighting poverty and bad governance in the global South. His upbringing in the United States has also inspired in him a passion to grapple with labor rights and race relations in the United States

Established in 1636 and named for its first benefactor, clergyman John Harvard, Harvard is the oldest institution of higher learning in the United States and among the most prestigious in the world.