Tip To Versity Voters: Ugandan Politics Feeds One Stomach At A Time! Mbabazi and Sejusa No Different From Museveni

When Irish ambassador Anne Webster and other ambassadors from different foreign states met the then Ugandan Prime minister John Patrick Amama Mbabazi in the capital Kampala and told him that   they want the misappropriated funds lost in his office worth £12m to be repaid.

He denied any involvement because at that time he was still enjoying states cake not knowing that one day he will also be reading it in publications or hearing   it on radio as other Ugandans do. Mbabazi’s greediness was even seen   by his   party members when they   accused him of privately   using   the position secretary general to   mobilise support   for his   own presidential ambitions but he becomes   our   president what will happen. Dear Ugandans   before we give our mandate to anyone   seeking for   elective post come next   year we   should   first observe him or her critically. 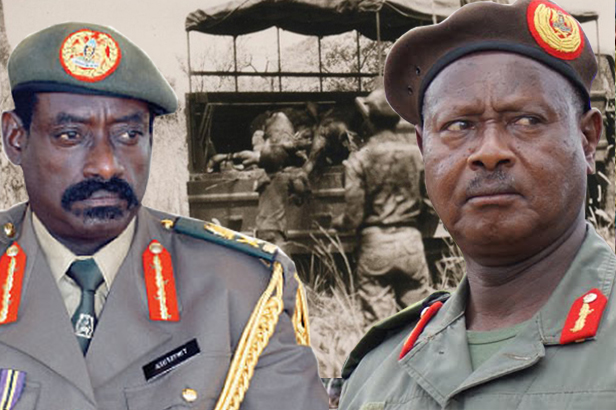 General David   Sejusa.   Him had been fallen out with Museveni   and formed   Freedom   and Unity   Front   in   exile   in the United Kingdom   following   being   charged   for plotting   a coup     where   he has   been   allegedly   planning   anti-government   activities   by the   Museveni government.   After him   returning back from   exile   he has been making inflammatory public   outbursts against the government   now he is the one again meeting   president Museveni   Ugandans it’s   time   to watch this movie   well otherwise   more trouble. SEJUSA……

The Monger Diaries: Why My Brains Aint Material For A 4.0 GPA

Tip To Versity Voters: Ugandan Politics Feeds One Stomach At A Time! Mbabazi and Sejusa No Different From Museveni