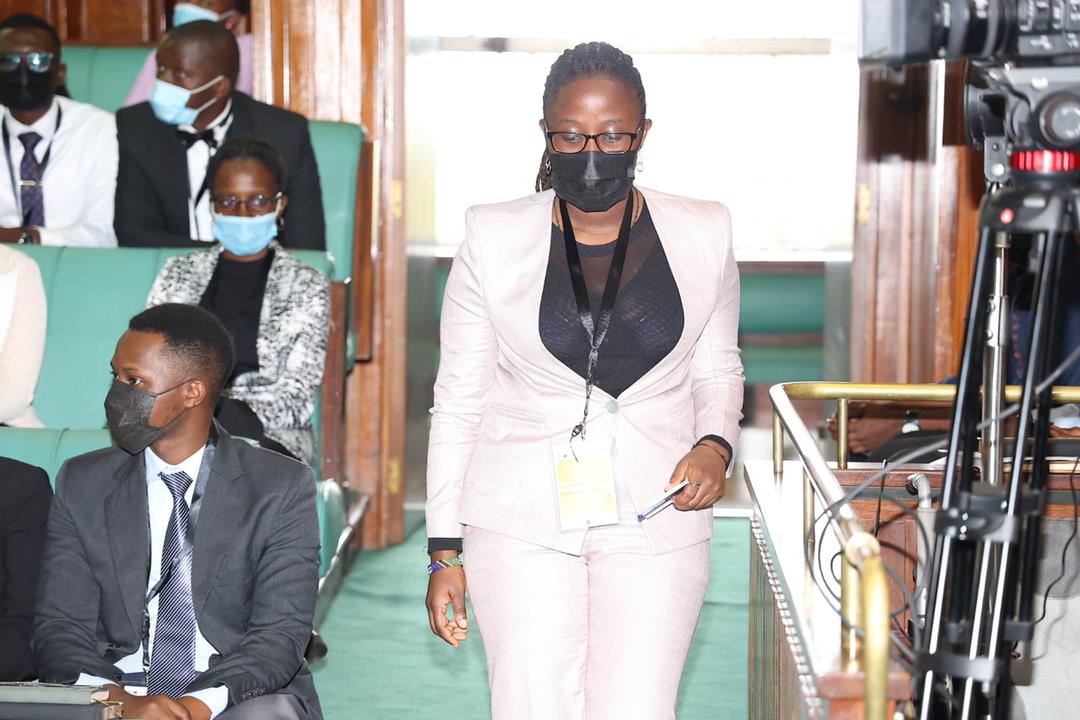 It was such a joyful moment for Speria as she was declared the new Speaker of the National Youth Parliament, defeating the other four people in the race, as it is something she had always worked hard to achieve.

Rt. Hon Nakigudde Maria Speaker took her oath at the Parliament after she was announced.

She pledged to bargain for a better position for the youth to engage in legislation and policy making to ensure their issues are addressed using the available forums.

By serving as the Speaker of the 5th National Youth Parliament, she hopes to inspire the youth to speak until their voices are heard and stand up for the truth as she does her duties.

Rt. Hon Nakigudde Speria has always been passionate about service as a leader and fighting for human rights.

The best way to inspire the youth to be better, according to her, is to challenge themselves to do better everyday and be better versions of themselves.