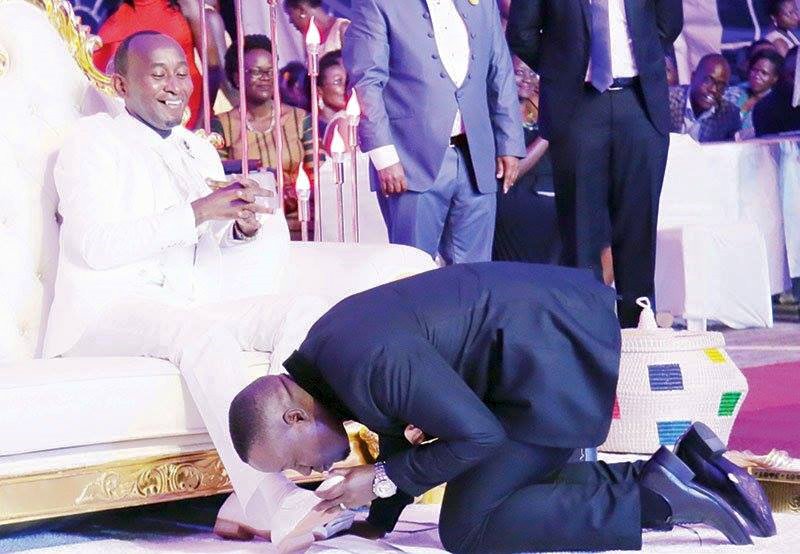 News on the impeachment of American president Donald Trump caught many by storm even when the proceedings have been on going for the last two months and two weeks. This makes Donald Trump the third American president to be impeached after Andrew Johnson in 1886 and Bill Clinton in 1999. Trump unlike his latter counterparts will be facing majority vote from the Senate to fully have him out of office.

The interesting news however is that all this was foretold in a prophecy by Prophet Elvis Mbonye on 2nd January 2018. He happens to be the very same prophet who also prophesied the Donald Trump win against popular candidate Hillary Clinton prior to Trump’s landslide win. In the prophecy, the prophet said the following concerning the current impeachment of Trump. He said, “The Spirit of the Lord then took me; then I saw the United States and there was plans and talks of impeachment, impeachment, impeachment, impeachment Trump, impeachment Trump. And what I witnessed eventually was almost like a contradiction because at a time where it looks like he was being taken down, his popularity instead shot up.”

The impeachment procession led mainly by House Speaker Nancy Pelosi started on September 24th this year after a whistleblower made report of how President Trump may have abused the power of presidency. This however has not got the man of high rating out of office yet. The US Senate whose majority capacity is the Republicans who make up 53 seats, 2 independent senators and the 45 being Democrats, makes it seemingly hard for a vote from a third of the sitting to fully have him impeached.

According to a Fox News report released on 18th December, it shows that the impeachment support dropped since the current anti-impeachment numbers from the Americans currently stands at 51-49. This falls in line with the prophetic word given by the prophet concerning the rise of Trump’s popularity and the overturning of the impeachment. In the entire US presidency history, so far, Donald Trump has been so good with keeping his word amidst the many contradictions and witch hunting. If the prophecy about him taking the helms came to pass even when the polls said otherwise, could this one also play out in his favour? Let’s watch the space.