VIDEO: This Ugandan Maid Will Have Her Wedding Fully Financed by UAE Family She’s Been Working with for Six Years 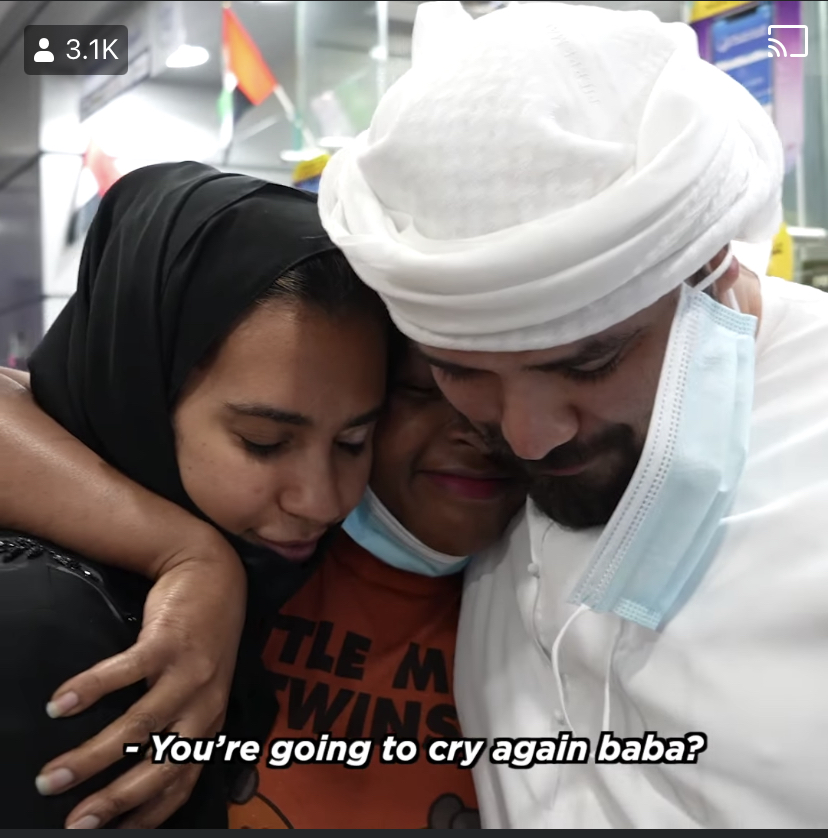 Despite all the negative stories that most Ugandans working abroad keep telling about Arabs, there are still beautiful, kind and loving humans in the United Arab Emirates. A video has been making rounds on social media showing a family in UAE heartbroken to let their maid go after working for them for the last six years.

Khalid Al Ameri and his wife Salama took some time and recorded a surprise video for Sarah (maid) before unleashing a big surprise for her. Sarah, who will be leaving UAE this month decided to come back to Uganda to start her own family and her wedding is scheduled for January 2021.

In the video, Khalid described Sarah as a selfless soul who they no longer treat as an employee but as a sister. Sarah joined the couple when their son was just two years old and he is currently eight years.

The couple cut a cake for Sarah before taking her to town to show her the big surprise. Sarah was finally gifted money to organize her wedding, something that left her in tears. Sarah, who was already paid for her services broke down in tears and found it hard to accept that all the money handed over to her was hers.

“These people are not only my bosses. He’s my brother and she’s my sister and they are my friends.” The emotional Sarah said shortly after receiving the brown envelope containing the money, whose amount is still unknown.

Khalid and Salama promised to jet in the country to attend Sarah’s wedding in January and they vowed to record more surprise videos for her.

According to Sarah, Khalid and Salama treated her like family and they would give her everything she asked for without hesitation. Despite her contract clauses, Sarah would be allowed to come back to Uganda at any time she wanted on top of enjoying other family benefits.

Watch the teary video below;