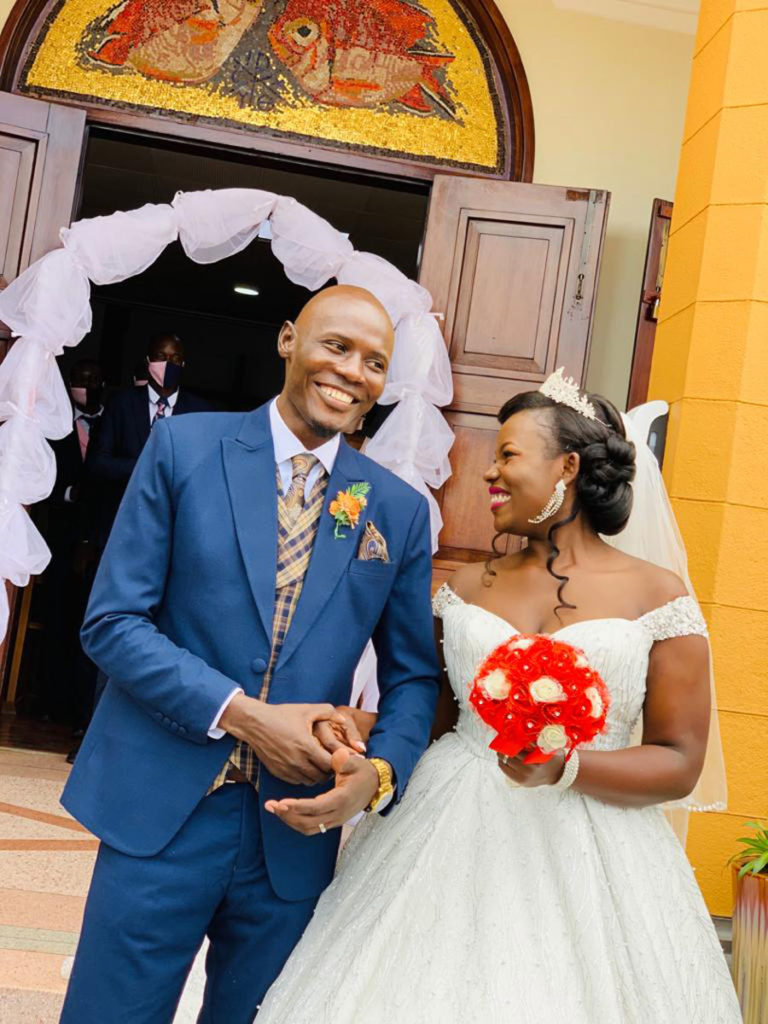 They met in Makerere and wedded from Makerere! Simon Wanyera, a prominent leader of the deadliest strikes Makerere University has ever faced seems to have a soft spot after all….and one person has the key to that spot, his newly wed wife Constance. The two on Saturday tied the knot at St Francis Chapel Makerere.

Speaking to My Weddings UG, Wanyera met Joan Wambuya at Mary Stuart hall in 2016. He recounted; “It was about 7-8 pm and she was bargaining for jewellery at Mary Stuart hall when she heard me and a friend speak in Lugisu. She commented saying she knew the language to which I told her not to interrupt our conversation. ”

“You don’t have to be rude,” Wambuya reprimanded and that was Wanyera’s undoing.

For a man that was asking a girl to leave his conversation, the night saw him politely asking to push her to her room.  He left with her number and as the saying goes, the rest is history!