Probably you didn’t know that university is the place where many young people go to lose their virginities and faiths. Also, it is the place where many young people got to smoke harmful and sometimes illegal substances and also drink bitter stuff in industrial amounts.
But the real story is this multiple options dilemma:
Read hard. Sleep hard. Party hard.
Pick two.
You’re welcome!

Depending on what part of the world you come from, your new identity is pegged to naivety and gormlessness, and you’re collectively known as freshers or freshmen. Basically, you have arrived — sort of. Although it’s most certain you don’t like the moniker, but that is what it is supposed to be.

As someone who has been in those same trenches not so long ago, you really want you to listen to me at this exciting time, where you join university for your inauguration week.
1. First class (ahem!)
So you have received a mega pep talk from your parent, guardian, well wisher. Maybe, a friend or two. Or probably you have read Carl Newport’s bestsellerHow to become a straight A student and now you’re supercharged to take on the world. You’re pumped and what’s great is you’re starting from a blank slate. There is nothing holding you back, champ. The secret to getting a first class is getting it in this very first semester. Forget about that old English dictum that a bad beginning makes a good ending. Whoever came up with that saying must have been vending some sort of snake oil. Don’t ingest that shit. Statistically, growing your CGPA (Cummulative Grade Point Average) from for example 3.75 to 3.84 is one of the meanest feats a university student can take. The marks you get in your first semester in most cases give the benchmark of your future scores. That’s a public secret.
2. Hall (hostel) effect
Your newly found freedom means that you’re totally in charge of your itinerary; whether to go to class or not, whether to visit a friend or go to the movies, the choice is all yours. Your humble abode is in a sanctioned university hall or a more libertarian private hostel or rental. However, some unfortunate ones, especially those tied under curfew, commute from home. But the secret here is your dorm room is where your story begins. Discussions, small talk, groundbreaking ideas, carnal things, all begin from there. It’s said that those who live in university halls are in a more contained environment and are therefore devoted to their academics. But the short answer is that is a big big lie. It’s the old cliche: life is what you make it. But at all times, in your single or double or heck, quadruple room. Always keep your door locked, whether outside or inside. It’s odd, right? First, you know you want no interruptions when hosting that pretty Sheila, you could sleep off hence exposing your life and property to unique threats such as theft, you want to keep Jehovah’s witnesses out of your space…and many other oddities. Just keep your door locked.
3. The social media influenza
What they forgot to include on your admission letter is a little congratulatory message: you’re now a social media expert, you may be hella proud of yourself. You see, you have grown up in the era of social this social that. You literally know all the corners of social media, from Snapchat, to Whatsapp, to Twitter, you dun that. You have literally caught the bug and it hastens to spread to those getting introduced to social media for their first times. The most underrated thing is the power of social media, most of you don’t tweet any different from Melanie Trump, and quite often like Donald Trump. Full of self glorifying trite, banal chaff, and first person ‘I’ essays. You may choose to entirely caption pictures and make away with hearts and reshares, but you may also use it to grow your professional networks and meet like minded people. Imagine an entire 4-year Law (LLB) programme captured in less than140 characters. It’s astounding. If you played your cards right, you could be an influencer amongst your social circles. You could land an internship or a coffee date with a top rank in society. It’s just more than unsolicited nude pictures and trolls that bored internet people feed on.
To a larger extent, social media is not the only information platform. Actually, it’s just a tip of the iceberg. The internet is the colossus that houses every bit and byte of the information resources available to us. You could literally learn anything you set your mind to. There is 99% chance that that information is freely and widely available on the internet. Platforms such as Coursera andEdx, among others, have the world’s best courses be in public speaking, aerospace engineering, humanities, from the best universities freely available on the internet.
The historical websites like Google and Wikipedia will always come in handy as well, especially for courseworks and tests. Apportion your time productively.
4. Social events
From hostel drinkups, to cause based activities, to faculty parties and outings. It’s a furore of activities and you’re most likely to get swarmed in biting more than you can afford to stomach. If only time traveling was possible would you attend all these. Regardless of whether you’re an outdoors person or not, chances are high you’ll find yourself there. Peer pressure is the real deal here. You’ll learn new habits, adopt new tastes, for fine things or bitter stuff. But in all, take charge. Nobody is responsible for you other than you. It’s not like you would be riding a bicycle and you fell into a tank at a brewery. You will pay for every binge drinking session you have, with sweat or blood. Same as for unexpected repercussions of sex, it’s not like you fell into a vagina. No. You’re the master of your fate and grand architect of your destiny. Your friends owe you nothing.
As a hit tip, keep a watch of university noticeboards. Read them religiously, them same way you attend to your social apps. 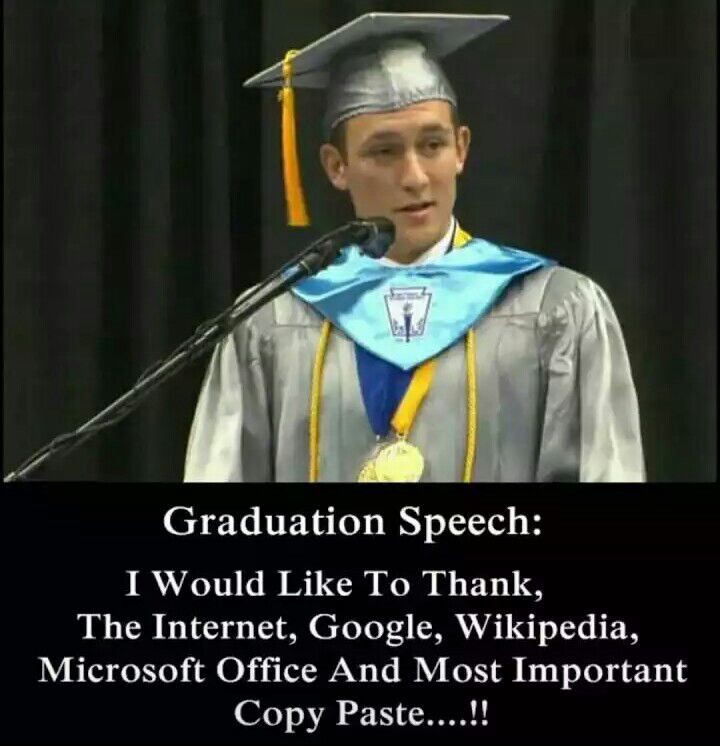 5. Startups
This is the point in time you will hear the names Bill Gates and Steve Jobs more than ever. Pirates, rogues, imagineers, iconoclasts who left their dent in the universe. Paradigms shifted because of their visions and grunt work. They changed the course of history, forever. You will get inspired. You will perhaps build an app and enter the celebrity startup territory. Startup co-founder, somebody will award you for winning a hackathon. In all that you do, have a blast, have fun. The startup journey is a roller coaster. You will spend sleepless nights, you will feast on chapatti and rolexes as daily bread. And you will most likely fail. But that is the whole point of building a startup. It doesn’t matter how many times you fail, but rather how many times you raise. Besides, the experience is prescient. These days recruiters hold it in high regard and are always on the look out for it.
But one thing: don’t drop out of school. Not in Africa. Well, unless, it’s inevitable. The realities of the Bill Gates and the Mark Zuckerbergs of this world are much different to those back here. The long answer is, go and readMalcolm Gladwell’s book, Outliers.

If you’re joining undergrad, it’s most likely you were born in the late 90s. At the cusp of an era where kids didn’t have the luxury of iPods and pricey internet bandwidth. It’s also the era where consumer technology started to take off. Also, where most of African economies actualized their journeys to economic recovery. For South Africa, they were just a few years out of the whiteman’s subjugation, for Uganda, the economy was recovering. Statistics were officially taken seriously around that time and documentation was appreciated. However, there are glaring deficiencies, even after decades of said recovery. Reports aver that today’s university products are coddled and lack in intellect and work rigor. It’s your turn to prove them wrong and correct the path littered by the old guard.
University is a potentially infinite expanse. It’s your oyster, leave a dent on it. And while at that, don’t forget to have fun!

***This story was written by Mwesigwa Daniel on Medium