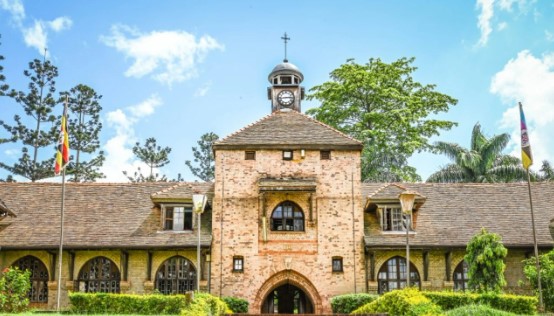 The students from the Mukono-based Uganda Christian University (UCU) have highly complained against the way clearance for graduation has been handled by the Accounts Office.

The university will be holding its first graduation this year on July 29 where over 2000 students are expected to graduate.

Students are however supposed to be cleared by the different university departments and offices which include the Accounts Office, the respective faculties or schools, the Guild President, the University Warden, the Alumni office and the Dean of Students Affairs.

However, according to the different students, the rate at which the Accounts office is handling the clearance procedure is very worrying as many have to wait the entire day in long lines which still doesn’t assure them of being worked upon.

Clearance at the Accounts office can even take a week or even beyond and some blame this to the high number of students who visit the office and also the low number of officials in this office to work on the finalists.

Much as there is a delay, the deadline for this clearance which is 24th June continues to draw closer.

According to a memo released by the Guild President H.E Mirembe Racheal Sserwadda, the Guild Government has engaged the authorities in the Accounts Department and reached a few conclusions which they say may help solve the problem.

Sserwadda says that finalists are going to have a different line from the continuing students and also be attended to by at least two different accounts officers to help cut down the numbers waiting on.

She also adds that any students with disabilities or even undue conditions ie sick or pregnant students will be given priority where they present medical statements.

The accounts department has also been crowded by continuing students who come in to inquire about their tuition balances.

Sserwadda adds that documents containing tuition structures will be distributed to the different faculties and schools’ receptions to be available at the convenience of students.

With all this happening, students from the faculty of law remain not sure whether they will be graduating in July or they will have to wait for the second graduation in October as many of them stand worried about when to prepare to join the Law Development Center (LDC) whose term will be beginning in September.