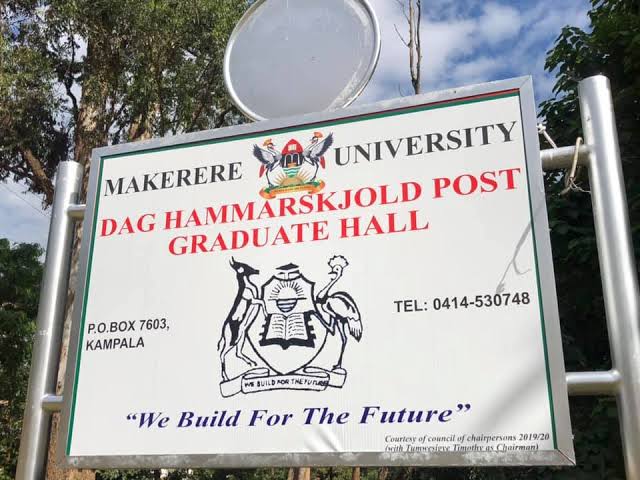 A couple of students and their leaders  have made fun of that particular scene that almost aborted the budget session prematurely simply because a member of the house mispronounced the name, Dag  Hammarskjöld.

I don’t find the mispronunciation of Dag Hammarskjöld hall funny. This particular residence is named after the former UN Secretary-General who died in a plane crash on his way to settle the Crisis in Katanga DRC. He completely had no ties with Uganda and did not step into Uganda on any single day or even at Makerere.

Makerere University is the epitome of African elitism in the region having educated profound pan-Africanists in East and Central Africa. I find it prudent that we joined other universities like FortHare and Cape town in the decolonization of institutions and renaming of facilities that are named less significantly and in arbitrariness.

Many facilities  in Makerere are named after people with less

Significance to our struggle as a developing country.

If you walked around Makerere University’s main campus, you will find so many facilities still named after Colonial administrative staff.

We have not done much in ensuring that our very own alumni and profound staff are gifted too with naming facilities after them. Not until late, Prof Lule Yusuf the former vice-chancellor, and Prof Frank Kalimuzo the first vice chancellor did not have any feature named after them.

Even after so many successful individuals like Prof David Rubadiri, Prof Okot P’ Bitek, Prof Kanyehamba, Ngugi Wathiongo  that have walked through the great gates.