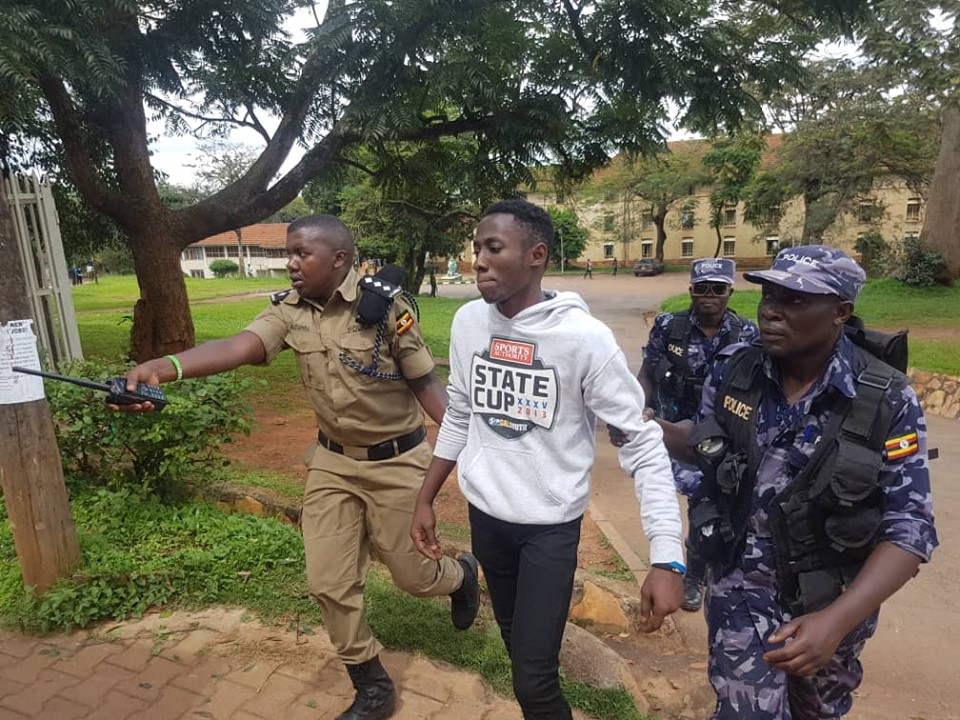 Last year on 12th April, an adhoc committee of Makerere University’s students Guild Representative Council (GRC House) was set up to investigate Makerere’s financial challenges and make appropriate recommendations. This Committee was effectively led by the-then Guild President, Papa Were Salim, and was expected to make its recommendations after effectively and adequately consulting students, among other conditions.

After ‘concluding’ its investigations, the Committee recommended that tuition fees for all courses be cumulatively increased by 15% per academic year for the next 5 years, starting with academic year 2018/2019. Without tabling it before the GRC House for debate and possible modification, the ad hoc Committee handed over its report directly to the University administration which went ahead and immediately implemented the recommendation to hike tuition.

It emerged later that besides sidelining the GRC House, the Committee had not adequately consulted the student population before recommending the tuition hike. The GRC House put up a spirited fight to block the oppressive recommendations, and went as far as passing a resolution quashing the report.

A concerned student also petitioned the Makerere Guild Tribunal, and on 26th February 2019 the Tribunal upheld the student’s petition in a Ruling that effectively delegitimised the tuition hike. Unfortunately, in an unapologetic show of impunity, the University administration dismissed both the GRC House’s Resolution, and the Guild Tribunal’s Ruling.

Students such as Obed Obedgiu who dared to complain about or protest the unfairness of the new tuition policy were summarily expelled from the University by the autocratic Vice Chancellor Prof. Barnabas Nawangwe.

Military Police was also deployed around the University where it remains to date, in a move calculated to put the general students population in a state of terror so that they may never speak out again about the many injustices they suffer at the University.

But yesterday morning, a group of female students led a peaceful demonstration at Campus to protest the prohibitive tuition policy which has reportedly seen thousands of students either miss exams or drop out of University since it took effect. Rather than try to resolve the students’ complaints, the University reacted by deploying hundreds of military police officers who manhandled, arrested and detained about 20 of them.

The Guild President Kateregga Julius and other concerned parties who went to check on the detained students at Wandegeya Police Station were blocked for no good reason. As a legislator, I am also concerned about why the military has of late taken over police duties whenever citizens – or students in this case – stage peaceful protests.

This is not the role originally envisaged for the army when the UPDF Act was being enacted by Parliament. Ironically, almost none of the armed men responsible for today’s brutality can ably afford to educate their son or daughter at Makerere using their meagre salary.

I commend the courage exhibited by the female students today on behalf of many of their peers who have been forced into prostitution and other vices in order to raise tuition. Do not give up. The moment women start leading struggles for freedom, then you know we have reached a point of no return. It happened in the 1789 French Revolution, and a bit of that history repeated itself today.

It is extremely shameful that a University of Makerere’s standing continues to treat with contempt its cardinal duty of protecting academic freedom – which includes unfettered freedom of speech and expression.

It is even more alarming that Makerere, itself a beneficiary of charity from kind-hearted people and institutions across the world, is implementing policies that threaten to lock out thousands of students from underprivileged families.

Five years from now, poor students like Ssuubi Henry – whom Prof. Nawangwe showered with praises for not having let his poor background kill his dream – will not even bother carrying their metallic suitcases to report to Makerere.

I demand for the unconditional release of the young ladies and men still in police detention on account of their participation in today’s demonstration. I would also like to send Makerere’s administration a stern warning that should it not take immediate steps to address students concerns against the 15% tuition policy, we shall address the issue in our own style as parents, citizens and leaders.

Siperia Mollie, the Female GRC that Led Makerere Strike and One Other Suspended