They have called us hooligans. The world has witnessed who the real Hooligans of Makerere University are- Mak Guild President 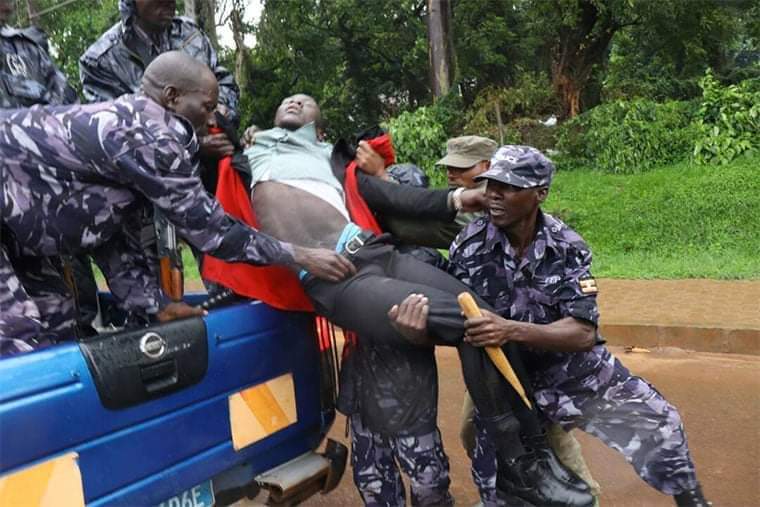 RE: OUR DEMANDS AND THE MILITARY CRACKDOWN ON MAKERERE UNIVERSITY

We are bloodied, but unbowed!

On Wednesday, 23rd October, 2019, at about 6:30pm, Security lights and security Cameras were deliberately switched off On-Campus, under the direct instruction of two University officials: One a top a Admininstrator and the other the Personal Assistant to the Vice-Chancellor, who is also a close relative to the Personal Assistant to the First lady. The Military then pounced onto MaryStuart Hall under the Command of a Military Official the Students Guild is yet to ascertain. They beat whatever came their way, destroyed University and Students Property alike, brutalised every breed and color of student, disabled, sick and vulnerable. They intended to do so in the black of the World. Two Students remain on suspension, 11 others stay warned.

And that is how University Management has been operating for the past two years. It was only a matter of time that their folly bursts out for the entire world to witness.

They have called us names to delegitimise our demands. They have called us hooligans. The world has witnessed who the real Hooligans of Makerere University are. They have called us ‘a group of errant students.’ They claim that we destroy University Property during our Peaceful Demonstrations. Was it us that broke down doors at Lumumba Hall and destroyed property in rooms worth millions of shillings? Now, they claim that we are being used by some elements in Uganda to frustrate them, we shall deconstruct that lie to the world to witness the dishonesty and hyprocrisy with which we have been managed for past two years in Makerere University.

We called for dialogue several months back to iron out our cries. They kept dodging us, and even when we met, they majored on the least important of our cries and shut us Up when it came to biting issues. We were despised and blackmailed that should we raise a voice to protest, we shall be EXPELLED from the University

Even when we cried out that the rate at which tuition is being hiked is too exorbitant for those that are to come after us shall afford. They arrogantly responded that University Education is not for everyone to achieve, and that it is none of our business to discuss how the University decides its fees.

As it stands, there is a deliberate divide and govern approach the University has argued in their defence in regards to the cumulative 15% tuition increment.

In otherwards, every cohort of students that join the University pays a much higher sum of fees than the Cohort that joined a year earlier.
They claim that the one cohort should not interest itself in the fees condition of those that are yet to come. They forget that we share families, relations and a Nation with those that are yet to join the University and directly feel the impact of the increment for those that join a year later. Or have they disinterested themselves with the motto: WE BUILD FOR THE FUTURE?

Every academic year, the number of those that drop out due to financial related challenges keep rising with the new tuition increment structure. Last year alone, over 1000 students failed to sit exams because of failing to clear tuition dues. This is a rise of over 20% from those that had failed to clear dues the previous year and we are saying, halt the increment as it stands now (at about 40% for the current cohort of the 2019/2020 Students).

We are bloodied, but unbowed in our resolve to demand for the following:

The Students Guild and the Students Body at large thanks all those that have stood with us as we continue with our Peaceful Demonstration tomorrow, Monday 28th October, awaiting an official call for dialogue from the University Council and relevant Authorities.

Here to Balance the Hill

We Build For the Future