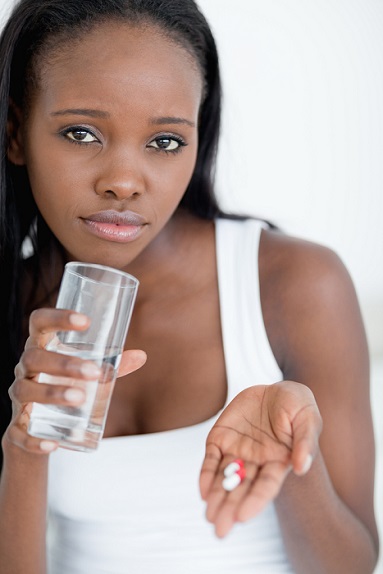 During my second semester in my first year at campus, I had a health scare that I’m not going to forget anytime soon. I had fallen helplessly in love with some guy and two months into the relationship, I was not only left a non-virgin but also took a week-long trip to hell aboard the dreaded e-pill. Most of us get our first knowledge about contraception and the whole topic of sex from either our equally clueless friends or Mr. Google. In my case though, i simply visited the nearest Chemist and asked for a double dose and popped them despite the fact that we had used protection. I was too scared to get proper information and the prospect of a pregnancy was numbing. I had taken an e-pill overdose. I bled profusely for the following six days or so and quite frankly, I thought I was going to die! Luckily though, I still had some brain left in me and checked myself into a hospital where the condition was normalized and thereafter swore to become a nun!

What exactly is emergency contraception or the “morning after” pill, as popularly known? This is obviously a buzz word in most campuses and you might have used it or heard of a friend who is using it. These are birth control measures that if taken after sexual intercourse, may prevent pregnancy. They work by delaying ovulation or fertilization within 72 hours of having sexual intercourse. They are to be used for emergency purposes ONLY and NOT as a substitute to regular forms of contraception. They are not a form of abortion and there is no effect to the baby if taken when one is already pregnant. Most importantly, they DO NOT protect one from sexually transmitted diseases such as HIV/AIDS


THE MYTHS AND FACTS

FACT: E-pills are not the same as the abortion pill and do NOT cause abortion. E pills do not affect an existing pregnancy. They primarily work by preventing fertilization and have no effect on an already implanted egg. They cannot affect an embryo and do not cause any birth deficiencies. E-pills contain the same hormones found in regular contraceptives i.e progestin or estrogen though in slightly higher amounts. The abortion pill (Mifepriston) on the other hand, is a DIFFERENT drug and contains hormone anti progesterone as well as other steroidal hormones.

FACT: E pills are very safe. They work like other regular contraceptives to prevent pregnancy. Some women however experience mild side effects a few days after using it like nausea ,diarrhea, fatigue and in some cases, bleeding or getting menstrual periods earlier. Do not take them if you are pregnant, well, they won’t make you “unpregnant” after all!

MYTH: E-pills can affect my ability to have children in the future

FACT: Neither e pills or regular contraception can affect your ability to have children in future, IF USED APPROPRIATELY. In this case, e pills have to be used only in emergency situations and according to my gynaecologist, this should not exceed three times in a year.

MYTH: If I take e-pills, I won’t get pregnant till my next period.

FACT: E-pills will only prevent you from getting pregnant if taken within the prescribed period after having sex. If you have unprotected sex long after taking e pills, you will get pregnant.

FACT: Neither e pills nor regular contraceptives can protect one from sexually transmitted diseases, including HIV.E pills can only protect you from getting pregnant and in order to protect yourself from S.T.I’S, use condoms while having sex or for Christ’s sake, ABSTAIN from sex till marriage!

It is however important to have in mind that HIV is a living reality and unprotected sexual intercourse remains the leading mode of transmission in Uganda. Your boyfriend may want it ‘live’ for maximum sweetness but remember that you are not yet married and contraction of HIV or some other S.T.Is could change the course of your life forever and bring to an end your young dreams; who wants to die young or become a prisoner to thousands of A.R.V doses for the rest of their lives? Tell him to wrap it up or go to hell! If it ain’t on, it ain’t safe!!!

Pssss….my decision to become a nun still remains, directions to the nearest convent will be in order!