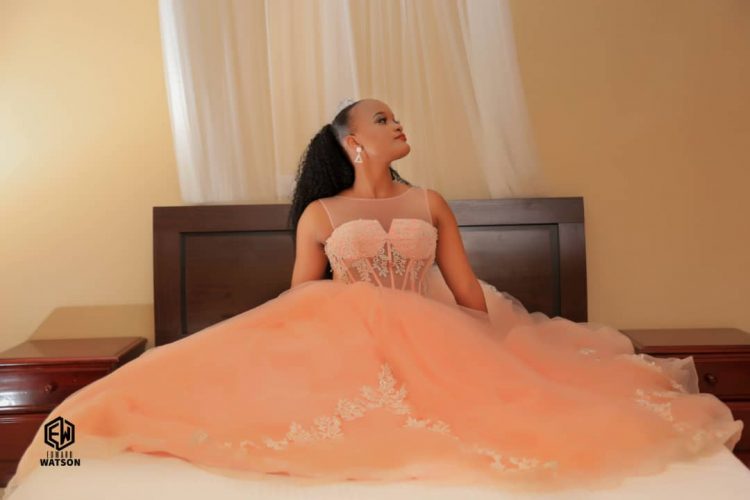 While the Bee was buzzing around some of your favourite campuses it landed on these decently juicy photoshoots of a one Mutesi Dora, a.k.a Counsel Dee, a.k.a beverlytucker for her social media, a first year law student from Uganda Christian University, Mukono campus, who threw an elaborate birthday party recently, but also eye gripping by what we gather.

Sinless looking Dora was gorgeously stunning in her beautiful partly transparent and trendyparty dress, with a tiara above her head, minimal ornamentation to complement the look and a long perfectly tamed hair extension flying at the back of her head to shelter the unprotected skin of her back.

The birthday fete, with at least 30 people tops was thrown at a 3 star Afrique Suites Hotel in Mutungo with over UGX. 5 million expended. It was somewhat celebrity packed too, you could say, with her pals MC Pato of Urban TV, Zoey and Faiza of Urban TV and Magic1HD (some local tv stations). Faiza also presents on XFM.


And not miss out on the notables, celebrity make-up artist Danyel, and the planet beauty Goddess, Victoria Atukunda, who until only a few days ago won Miss Planet 2020, and will be representing the country at the Miss Planet International Competitions in Cambodia in April, were at the scene too.