Ten Signs She is Loose 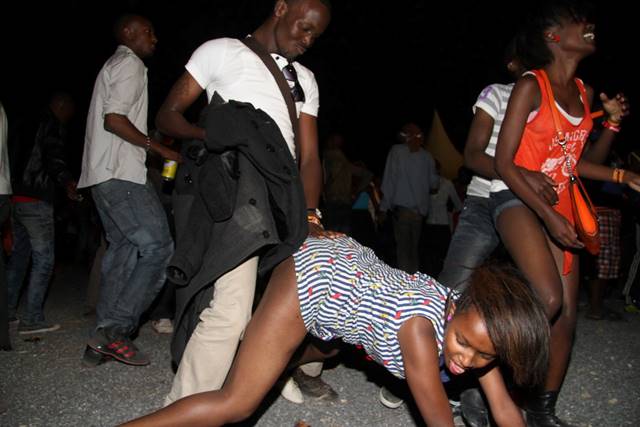 What a world it is we live in. It’s like ‘heux’ are being born every day, ‘heux’ who can leave their babies crying to go have relations in the washrooms. ‘heux’ who go down on each and every man they come across.. It’s disgusting.

Kindly know she’s loose if she:

Is a wannabe “model” who has never won ‘Miss Anything.’.

Girls in the arts tend to have a loose attitude toward relations, especially if their “art” involves expressing themselves” with their bodies. Don’t get me wrong, There are genuine models who conduct themselves well. I know a couple and I am friends with a good number.

But if she has never even come third in any modeling contest, trust me, she has been get downed by a number of fake modeling agents in her attempt to get to the top.

If all her modeling is done on Facebook and Instagram, don’t trust that girl. Instagram won’t endorse he and likes won’t transform into bank account figuresr. Serious models can be seen by how they conduct themselves.

Is “friends” with DJs, promoters, or other small-time pseudo-celebs.

This is a world in which the gears are lubricated with relationsual favors—even more directly than others. You won’t find an innocent girl in these circles.

Associates with confirmed loose ones.

Her friends are often one of your best weathervanes. Like minds attract. If all of your chic’s pals are loose ones, you have a reason to be worried. One day she’ll turn into. Women like to discuss stuff with each other and when loose describes her experience, it usually sounds so woman. That innocent girl you call ‘bae’ will end up experimenting on some slut shit.

You know girls who carry umbrellas to prevent the sun from damaging their glorious skin yet can’t where warm clothes when it’s cold? Yes those ones. Exposes the midriff, lower back, or ass-piece from the bottom of her daisy-dukes in hopes that Prince Charming will be mesmerized by her thighs..

Broaches the topic of illegal drugs (even marijuana) without prompting.

The more illegal, the looser. Most girls who love weed love to get down, believe me. Hold on before you go ham on me. There are those who love weed and there are those who smoke weed. Weed lovers smike several blunts a day but average weed smoking girls only get high once in a while. Those that get high once in a while are good but If weed is oxygen for her, she’s loose.

You either recognize it or you don’t. If you are keen enough you can just recognize how that girl that looks at you with eyes that say ‘come bang me on this table right now.’

Curses a lot and damages English.

Piercings outside of the traditional earlobe placement.

Call her iron woman. Sluttiness increases as you radiate from the lobe, to other parts of the ear, to the nose crumb, to the bull-ring. Other parts of the face—and erogenous zones—speak even louder. She just can’t stop making holes in her body and filling them with rings.

Like piercings and tattoos, dyed hair telegraphs “rebellion” to social norms. That almost always translates into sluttiness. If she’s dark skin with blonde hair, that’s a big problem. If she dies her hair green, pink or any other non-usual color…………….SLUT!!!!