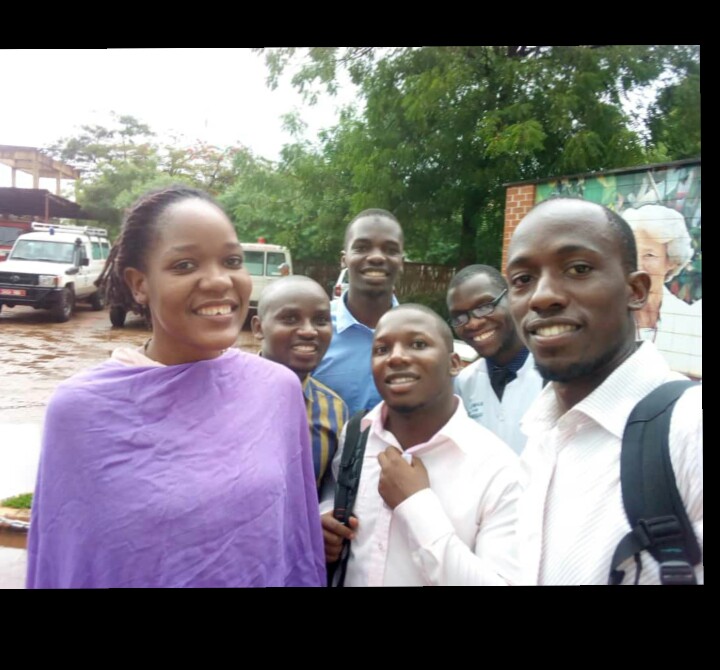 When some people think about doing a bachelor of medicine and bachelor of Surgery (MBChB), they imagine its all sailing and swag. Before joining med school, I used to picture hot chics chasing me all around and asking me asking to ask them out or maybe tactfully throwing at me lines from Vinka’s Chips n ketchup song like, “onusulako ddi eno? Onaletayo ki eno?” I would imagine those smoking hot nurses flocking all around me and calling me doc, you know, in those soothing siren like stereos. It would be sinful if i denied that i didn’t conjure images of caretakers of patients stashing wads of cash in my pockets for me to just take a glance at their patients! Now that was the med school I was dying to join!

That med school ended in movies. Real med school is books, patients, books, feeding like a pauper and then books again. By the time you are done, you are limping in crutches, with a tint of gray hair already showing on your forehead and a touch of well disguised madness on your face due to over reading, not sleeping enough and getting shouted at by nurses, doctors, consultants and orderlies for five consecutive damn years!

Long Days Ahead as Social Scene Takes a Break, Here Are a Few Things For You to Do

The chics are there but thats where the story ends. They call us “rude”, “feelers” and all sorts of names which can make your ancestors peek from their graves in shock but, we honestly don’t care or are just helpless. You either choose med school or chics. You can’t have them both n survive! The best recipe for running mad in med school is combining chics with books.

The nurses are not those hot ones we often see in movies, you know, chasing around docs and all that. These are mean, middle aged ladies who are having issues with cutting weight. They don’t give a crap about a student doc. You are neither the first they are seeing nor the last they will see! I will comment more about nurses when am done with med school. I need my neck intact!

As for the absurd dream of caretakers stashing wads of cash in your pockets. Well, that all it is. A dream! Some even ask you for some dimes to feed their patients. I mean, who doesn’t know that docs have money?

Med school is swag to the world. But to those within, its endless hustle till the end of five years. And then the hustle of internship begins. But, in the end, when you see a patient who was gasping for air, smiling, its all worth it!