WOW! How I Beat Obesity in Three Months – KIU Alumna 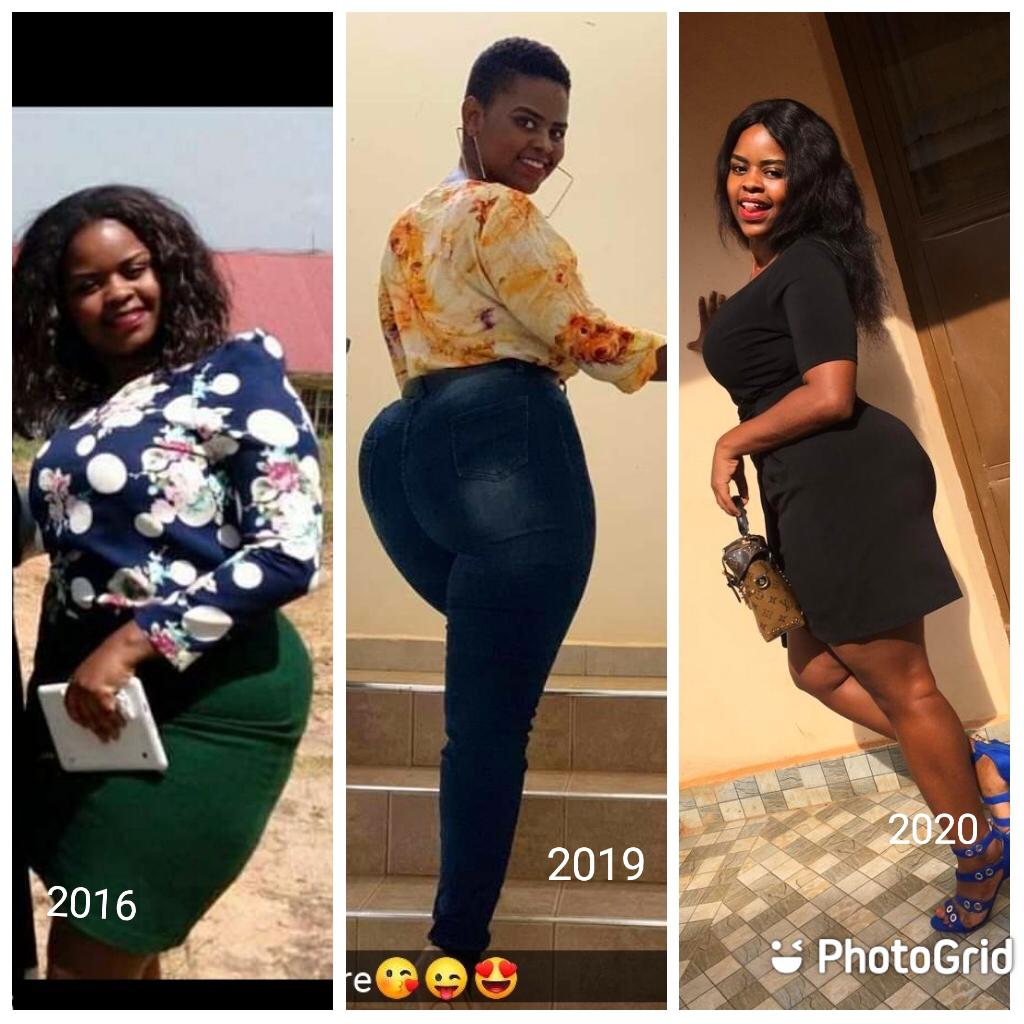 “I gained all of this weight in about four months”, recounts Medrine Natumanya, one of many people that struggle with weight issues at some point in their lives. The difference is that, unlike most, hers is a story of victory, a story of unrelenting pursuit of something that most people would have thought was lost forever.

Ms Natumanya studied law at Kansanga based Kampala International University (KIU). Despite being light skinned, and very good looking, she was really the average petite campuser, weighing only 62kgs and boasting of an impressively flat tummy. She sported tight outfits and kept up with latest fashion trends without a problem, like any other campuser. What she did not know was that her body was about to unravel in ways that she had no idea it could.

“It was third year, first semester, between August and December 2016”, she recalled. All sudden weight gains/losses have a trigger. Natumanya’s trigger was “too much peace”. She had just moved in with her boyfriend, and “KFC was the order of the day.”

She saw the changes begin to occur, but like many people, she did not think it was ‘that bad’. The fact that her boyfriend did not mind her gaining that much weight only made matters worse. At her peak, she weighed an alarming 95kgs.

“I realized I was gaining weight uncontrollably”, recalls Natumanya.

“Boda boda men thought I was an old woman studying with young girls; I looked like a mother”, she added, painfully.

In February, 2018, she decided enough was enough, and set out to redeem herself. She figured the best place to start was to do some research, and she found some leads.

“In February, I started taking a whole kettle of hot water, every morning and every evening.” This was one of many remedies that she tried out.

Needless to say, not all such remedies worked. The internet is flooded with so much information that it is almost impossible to tell what to and what not to believe. However, by trial and error, Medrine was able to figure out a diet routine that worked for her.

She learnt that “the hot water burns fat and guides digestion.” She also learnt to incorporate lots of fruits and vegetables in her diet. She soon found out, however, that since she was generally reducing her calorie intake (eating less), fruits rich in citric acid were putting her at risk of ulcers.

She managed to eat less by taking heavy breakfast and eating very little on the other meals. She advises that a person wishing to learn from her should be careful not to starve.

Once she figured out what to do, she discovered that ‘what not to do’ was just as important to learn. Oily foods, sugar, white bread, red meat and spiced food are among the things she isolated as “a no-go for people who are overweight.”

Once she had that figured out too, the war then quickly shifted to implementing; it is one thing to know what to do, it is a whole other thing to actually be able to do it. This was probably her toughest battle yet. It was a test of consistency and endurance. Results did not show overnight, and every now and again, she felt, perhaps, that this was one of those wars that could only be survived, not won.

Nonetheless, the Ankole beauty labored on, and in time, she lost the weight. By the start of 2019, she had lost exactly 30kgs, and her flat tummy was back. Experience had also taught her how to handle her body so well that, not only was she able to maintain this weight, but she also knew exactly what to do to gain a bigger behind or lose just a little on the undesired body parts. In other words, she now has total control over her body, and, unlike most people, cannot be bullied by weight issues ever again.

Every once in a while, we are confronted by situations in which we cannot help but wonder if it is at all possible to undo the past. More often than we would like, the answer to that is ‘no’. Sometimes it is true. Other times, it is simply the path of least resistance. Medrine’s routine was strictly dietary, and it worked. Imagine how much faster it would have been with a blended dietary and workout regimen. So, what better time to start yours than now!