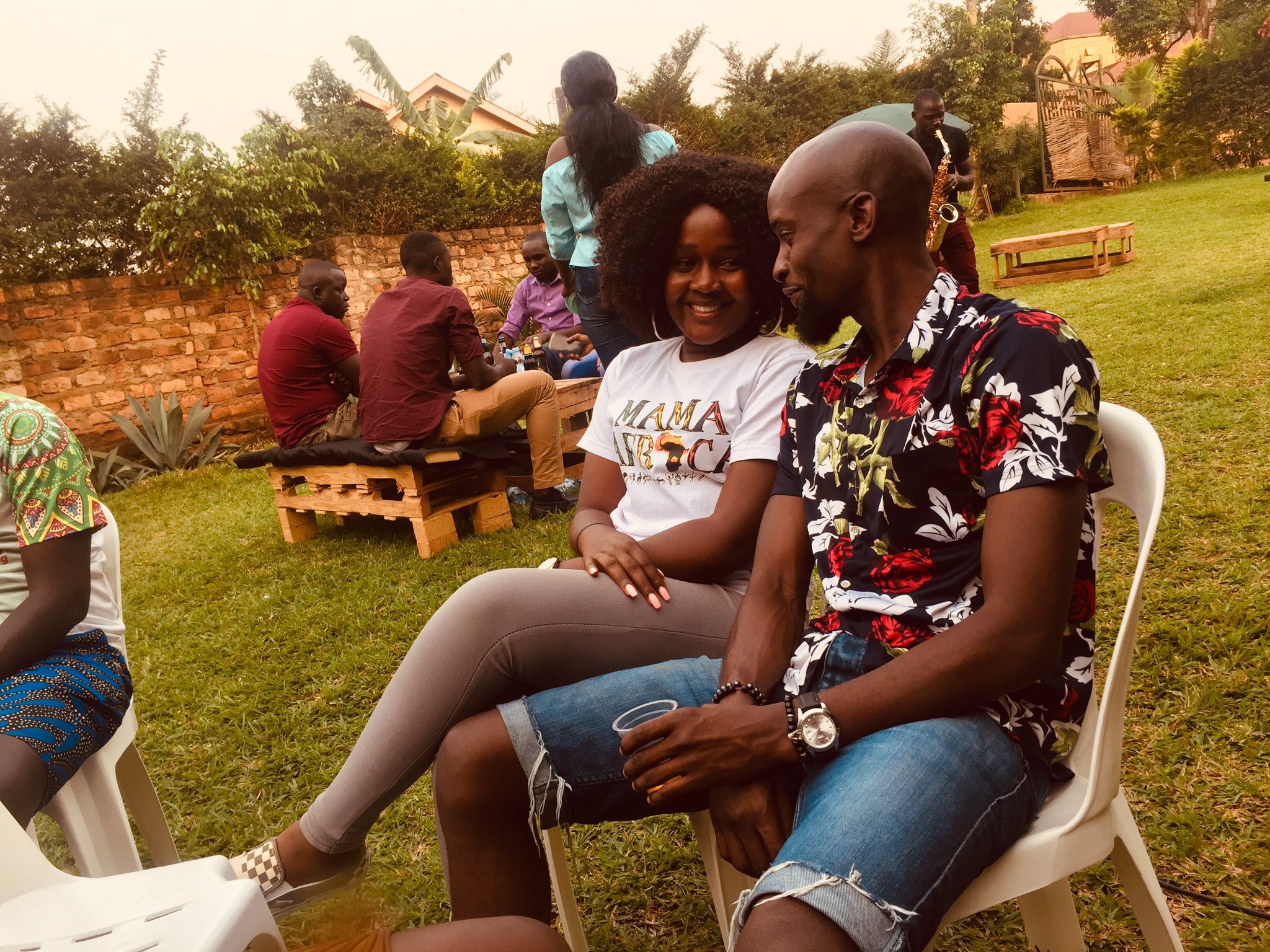 On Sunday afternoon, a one Kamali became an internet sensation when three girls on UOT (Uganda on twitter) all claimed that they were dating him. His photos with the three hotties trended in Uganda, Kenya, Nigeria and Zimbabwe.

Kamali who has more girlfriends than shirts is a down to earth jolly and loving dude. It perhaps explains why this floral shirt wearing dude is a chic magnet. His love for cooking is unmatched. “His food, especially the barbecues, are always finger licking good,” one of the chics who has enjoyed his culinary services told this Campus Bee writer.

The Twitter influencer and a proud owner of two floral shirts has garnered thousands of followers in the last 24 hours after his photos went viral globally.

How Kamali became a continental “tweleb“

A one Kevin Emillie started off chest thumping as she posted photos of her and Kamali chilling and cozying up with caption; “We met on Twitter”

The second Twitter hunnie, a one Sharon then replied the same tweet with photos of her and the same ‘soda wabakyaala’ with caption; “so did we”…sending tweeps on UOT into a frenzy.

We thought we had had it all…another Twitter honey with handle, @HerAcholiness posted photos of her with the same bald headed dude, in the same floral shirt- with caption “small world, us too.”

The tweets have been liked and retweeted thousands of times globally. All hail king Kamali, we doff the hat for you bruh…..keep bombarding those tweeps to smithereens.