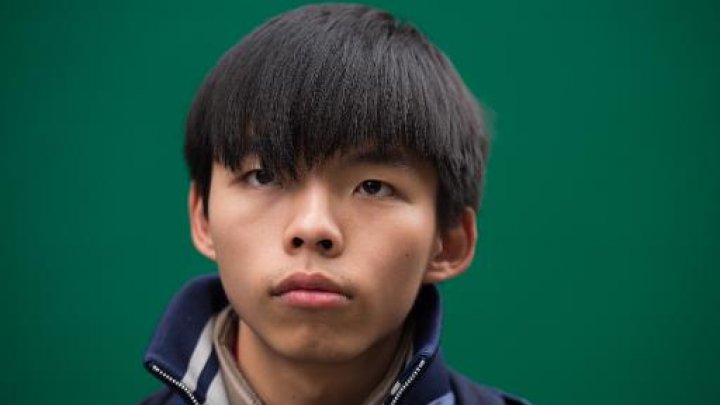 Joshua Wong, the teenage face of Hong Kong’s mass pro-democracy movement, once again challenged Chinese President Xi Jinping when he was named one of the world’s 10 greatest leaders by Fortune magazine — just a few spots behind the communist leader.

Wong, who spearheaded mass street blockades which brought parts of the Asian financial centre to a standstill last year, sparked by restrictions from Beijing on how Hong Kong’s next leader will be chosen, was 10th in Fortune’s second annual “World’s Greatest Leaders” list.

Xi, by contrast, was ranked third.

“His nonviolent protest message and energetic idealism galvanised crowds that, over months, numbered in the hundreds of thousands,” the American magazine said of Wong.

It described the 18-year-old as “slight, and with a bowl cut”, someone who “doesn’t look like Hollywood’s idea of a charismatic rebel leader”.

The magazine also said that the city’s Chief Executive Leung Chun-ying stood in stark contrast to the likes of Wong.

“He’s the leader — except that last fall well over 100,000 Hong Kongers chose dramatically not to follow him,” the magazine said.

“When they learned that the 2017 election for Leung’s position would not be free and democratic, as authorities had previously suggested, they poured into the streets and followed Joshua Wong.”

China has promised people in the semi-autonomous city the right to vote for their next leader in 2017, fulfilling a pledge made during the handover from Britain in 1997.

But Chinese authorities ruled in August that nominees must be vetted by a pro-Beijing committee — a proposal activists have rejected as fake democracy.

Of Xi, meanwhile, the magazine said, “There hasn’t been a stronger leader in China since the reformer Deng Xiaoping — or maybe the revolutionary Mao Zedong”.