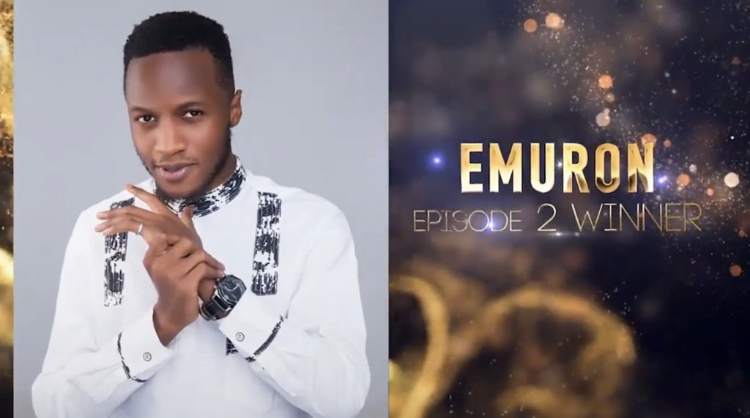 Emuron Arthur, a second year student and class representative at Uganda’s most prestigious Makerere Law School was on the 6th of December 2020 declared the official winner of A Ka dope star’s  Episode 2 series being seconded by Mathew, then Anna and Bangi in forth.

Results were announced shortly after 10:00pm by digital influencer and radio host Faiza Fabz aka PiscesFinest as she’s commonly referred to declaring Arthur the winner having led Matt by a whole 12% lead.

Emuron while under the mentorship of team leader Mun G was able to debut his first official single under the a ka dope star brand “Kampala Sibizimbe” available on apple music, spotify, audio mac and even sound cloud accompanying his other featured songs and videos with other top music brands in the country.

The star while speaking to one of our reporters revealed that he was frankly nervous of the announcement despite being sure he had won as the voting was counted openly on social media platforms and the A ka dope star offical website.

Emuron now looks forward to even bigger and greater achievements as this award has set forth a firm foundation on which the youngster can build upon his rock solid rap and music career which he plans to fulfill all while remaining true to his calling as a lawyer.

A ka dope star for those that might not know is a Roke Telecom and Uganda Waragi sponsored internet series that allows young and talented musicians the opportunity of mentorship and grooming by already established music brands like Mun G and Ykee Benda all while allowing them a platform to write, perform and showcase their talent in a series of challenges which end with only one contender (voted by the public) emerging victorious.

Stay posted on how Emuron intends to use this honor bestowed upon him and what benefits await-right here, only on Campus Bee