63% of graduates lack skills in the job market- study 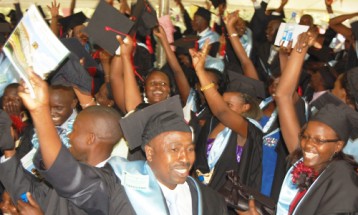 In modern day, for one to be eligible for work at corporate levels, University education is principle. Not many make to this point but rather join the tertiary education. However, half of those who make it to the universities in East Africa and manage to graduate lack employability skills, technical mastery and basic work-related capabilities.

Fingers have been pointed to the falling quality of education as a result of universities admitting more students than they can handle and lacking adequate teachers. Education experts and university administrators have however said that additional enrollment can only be handled if governments channeled more funds into higher education, so institutions can afford to expand infrastructure and hire extra tutors. The high unemployment rate is also precipitated by increased shunning of graduates by employers in favor of highly skilled personnel.

From an Intern to a Potter- My Internship Experience