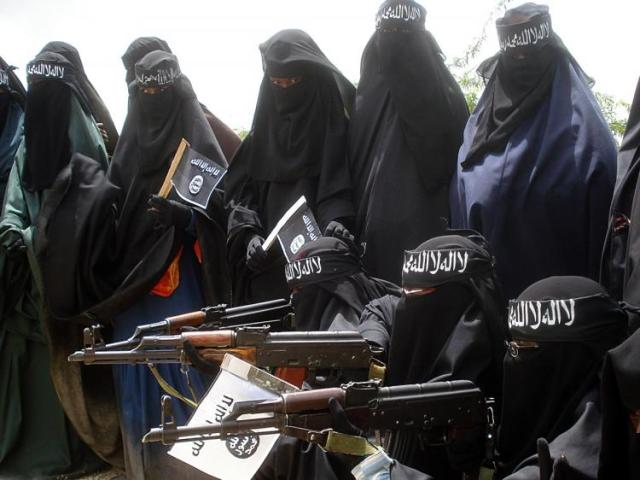 Kenyan Security agents have unearthed an elaborate scheme by the Al Shabaab of recruiting young girls to the terror group as wives and concubines.

The revelation comes after police arrested three female university students on Friday at Elwak town on the Kenya-Somali border as they attempted to sneak to Somalia.

Mombasa County Commissioner Nelson Marwa said the three ladies – two Kenyans and one Tanzanian – were to meet their contact person who was to facilitate their movement into Somali.

“They were to join the Al Shabaab group to become suicide bombers and jihadists, according to police,” said Marwa.

Marwa said the three were lured to join Al Shabaab through social media and added the police were pursuing the financiers who are targeting mainly students.

But according to the Ministry of Interior & Coordination of National Government, the young girls were lured by recruiters to be concubines or “what is commonly known as Jihadi Brides.”

The Ministry’s spokesman, Mwenda Njoka, said this is not the first-time young girls have volunteered, agreed or been lured to join terrorist organisations as JihadiBrides.

“Three years ago several young girls from Marsabit County disappeared from one of the local high schools and it was later discovered some had managed to sneak out of the country and into Somalia to become JihadBrides,” said Njoka in a statement.

British media had reported the attempt by two young girls to flee the country to join ISIS terror groups as Jihadi Brides.

The Independent reports an estimated 60 young British girls have surreptitiously sneaked out of Britain to join ISIS as Jihadi Brides.

A French journalist, posing as a 20-year old, attracted the interest of a senior Isis commander who proposed marriage. The commander promised the she would be “treated like a princess” and would have a beautiful life, a big apartment and lots of children, according to The Sunday Times.

Njoka says information shows that when Jihadi Brides discover that the promises they had been given of a “rosy and romantic life in the wild” turn to be nothing but “hell on earth” with no possibility of escaping, have gone into deep depression often ending up committing suicide.