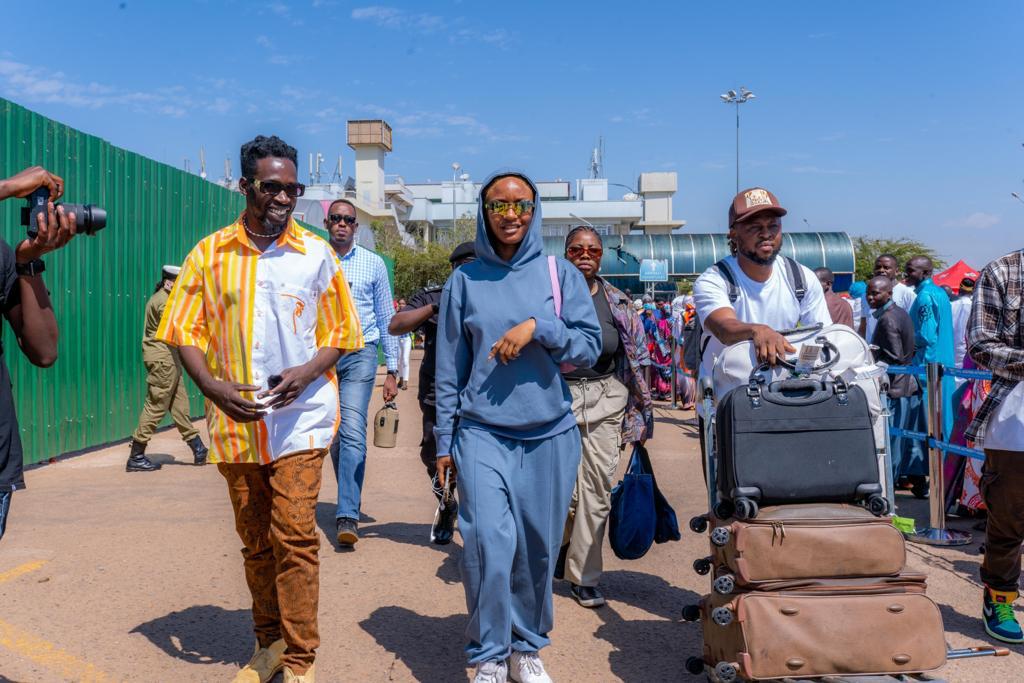 Nigeria’s afro-pop singer and song writer Ayra Star has landed in the country this afternoon ahead of Blankets and Wine 10th Anniversary celebrations this Sunday at the Lugogo Cricket Oval.

Ayra Star broke the sound waves with her debut single, Bloody Samaritan which garnered her great popularity as many confused her for afro-beats star, Tems.  She will be performing during at the 27th edition of blankets and Wine organized by Tusker Cider in partnership with House of DJs.

She will headline the event performances alongside South Africa’s duo, Blaq Diamond, set to fly into the country later on today. These will join a great lineup of new Ugandan acts including Zulitums, Joshua Baraka, Kamanzi, Alideki, Dj Sese, Fem Dj and Melodic Inversions.

While receiving her, Simon Lapyem, Innovations Project Manager at UBL said, Ayra Starr brings a unique vibrancy through her music which is in line with Tusker Cider’s commitment to delivering unique and exciting experience to consumers.

”We are excited to bring Tusker Cider on board during this edition once again for everyone to experience and taste the flavorful Tusker Cider during the event. We look forward to achieving this at the forthcoming celebrations”, he added.

Blankets and Wine is a quarterly event that has overtime established itself as a fun-filled wholesome experience bringing closer to Ugandans both international and local performances at the many editions it has had. This edition will mark its 10th Anniversary, celebrating Ugandan art, fashion and Afro-centric music.

This edition – just like the previous ones – will feature lots of live music, fashion and art in addition to a top-billed Tusker Cider experience with lots of exciting games and discounted drinks.