Battle of Life and Death! MUST Graduate Doctor Narrates Experience With COVID-19 Upon Recovery 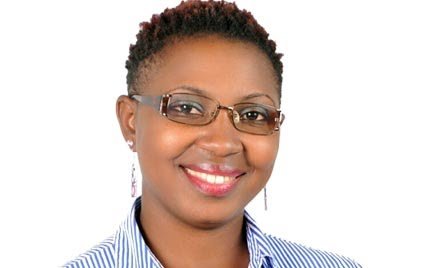 Dr. Phionah Atuhebwe a medical graduate of Mbarara University of Science and Technology (MUST) has narrated how she felt when she was tested positive of the deadly coronavirus (COVID-19) and how she ‘crashed’ it.

In a video she posted on her social media platforms, Dr. Atuhebwe revealed that her situation started becoming worse on this year’s Easter Sunday (12th April 2020), after a COVID-19 test was conducted on her and it was discovered that she was among the four people who had tested positive with the virus.

“I don’t still remember how I felt. I was surprised but at the same time I remained strong,” she said in the video.

She was worried about her life after realizing that she was working in a country with a poorly equipped health care system as compared to her home country Uganda. However, she said that she remained strong and continued to isolate herself.

According to her, the situation became worse about six days later when she became weak, dizzy, felt chest congestion and developed severe headache.

“At this time, in my mind, I felt that I should return home where the medical facilities are available. Later on my employers decided to fly me to Berlin, Germany for treatment. I was evacuated with a special flight in a cargo plane after being dressed up in overalls from head to toe,’’ she revealed.

She described that as the toughest moment of her life because her space was narrow and she could not feel free.

‘’After about 10 hours of flight, the plane arrived in Berlin where I was put in the care of very kind doctors who looked after me. during my stay in ICU, I heard many COVID-19 patients groaning and screaming in pain. In all this, I kept praying and thanking God since my condition was not worse than those others who were groaning,” Dr. Atuhebwe said.

She said she was put on treatment and declared negative following two tests. She advised Ugandans not to underrate the danger of coronavirus.

“Coronavirus is real. Stay home, stay home! Some of you think that you are being inconvenienced by the lockdown but you will get the disease and then you will know what it means,” she advised.