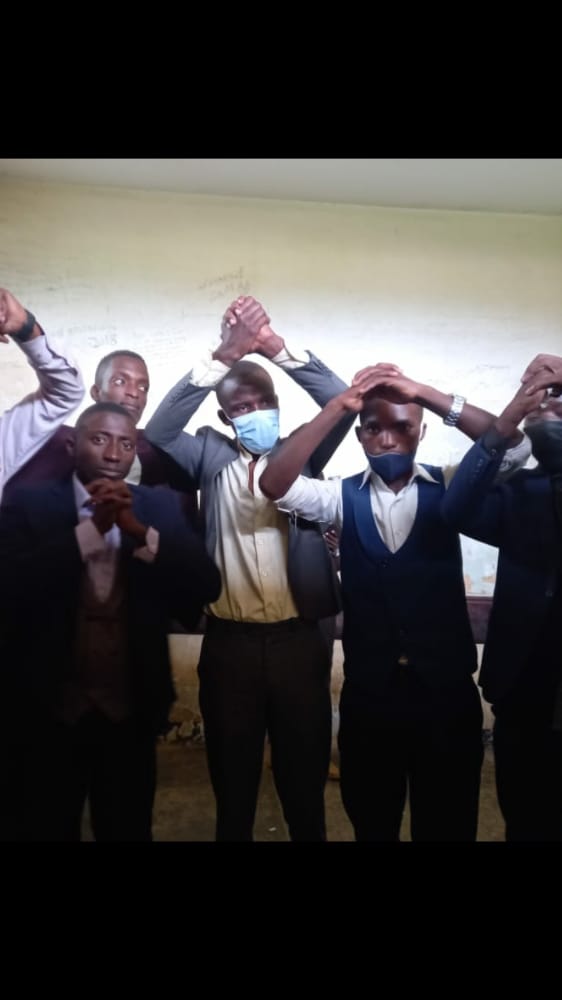 Yesterday 13th October 2021, the Management of Bishop Stuart University (BSU) released a press statement on the recent scuffles which saw over 28 students with their Guild President arrested.

The University has cleared the air that the Guild President Abaho Mugisha was arrested on allegations of the fatal accident he caused in late September, of which he was on the run before police finally arrested him while in his office.

The University further revealed that on his arrest, a section of his ministers and students tried to resist and also helped him escape from police custody where they headed to the BSU administration block demanding to know the cause of his arrest.

They forcefully entered the University Secretary’s office Ms. Asiimwe Annah whom they locked inside her office threatening to harm her as they demanded for explanations as to why their Guild President had been arrested.

The insurgence lasted for two hours which prompted BSU police post O.C ASP Babirye to pull out security forces to calm storm down. All the students who had locked themselves inside the University secretary’s office were arrested, taken to police and charged in courts of law with four counts of rescue from lawful custody, unlawful confinement, threatening violence and malicious damage of property.

These were sent to remand till 9th November 2021.

The university further clarified that it is not true that the guild president had been arrested because of guild allowances or any other issue but on the traffic offence.