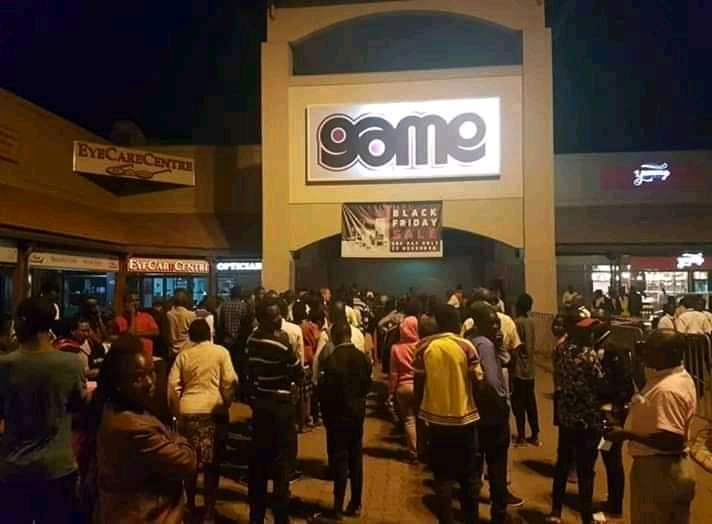 Yesterday night, as all the people were waiting for the Black deals, students who had to be in their hostels were spotted busy lining up for cheap beer across various supermarkets in Kampala.

Students from MUBS Nakawa and Kyambogo at around 10 pm were seen at Game Lugogo waiting for midnight to purchase beer at very cheap prices that are relatively more than half the original prices.

Some were seen reading news papers to pass time and others played music to give them comfort while waiting for it to clock Midnight. Black Label, Bond 7 Honey and Johnnie Walker were the most purchased beers in the night. The population was too big at this supermarket as it also composed of the general public who had also come to purchase related goods at cheaper prices.

Many of the students after getting drunk and due to the huge population went back home with one shoe whereas some went back with no shoes. Some left with their clothes torn in the process.

The shoes were collected by the cleaners of the supermarket and whoever lost his shoe(s) can go check if it’s there. Some other students from other universities were spoted at Shop Rite clock tower and Mega Standard Supermarket waiting for the same deals.

Despite this, the students who were waiting for these cheap deals are in their final examinations.