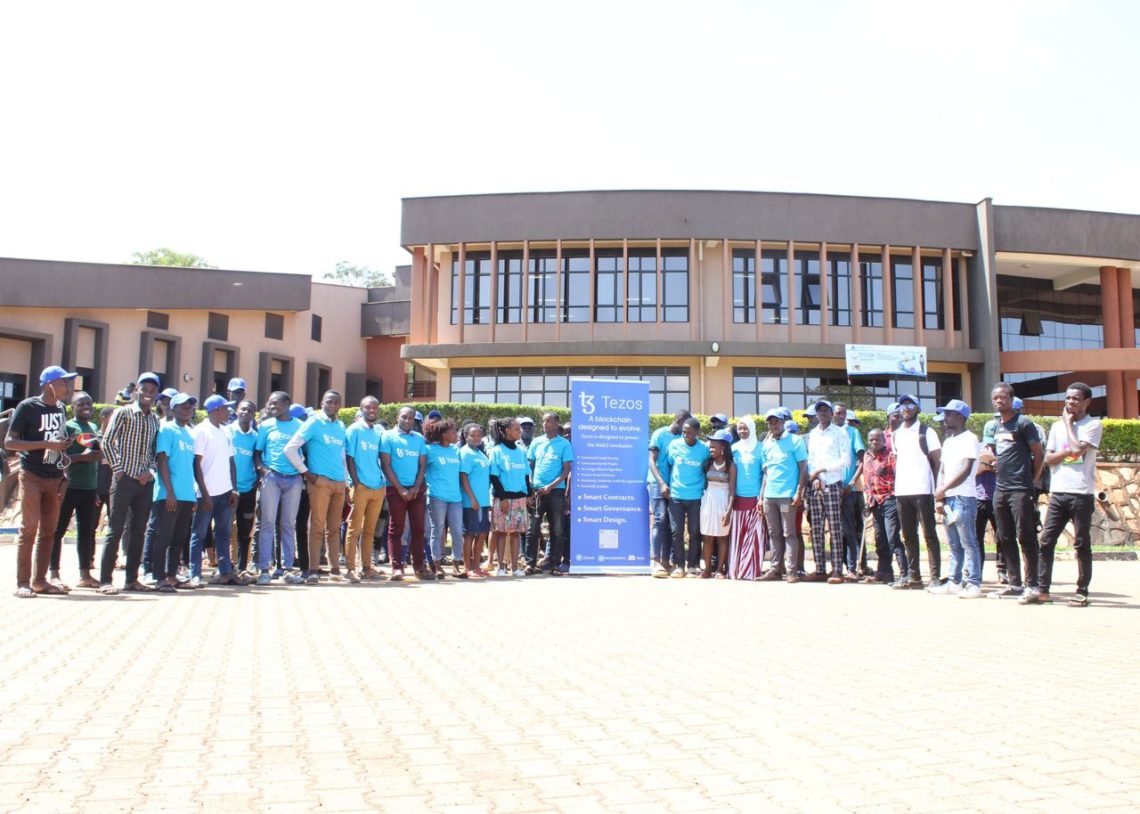 On 4th June, 2021, the Blockchain Club of Uganda was in Kyambogo University for a symposium where they interacted with Tech Students, Crypto Traders, Web3 enthusiasts and the general community on matters blockchain.

Having started as a Makerere University Blockchain club fighting scams coined as cryptos, the Blockchain Club of Uganda incorporated in 2021 is now focused on taking Blockchain to the rest of the country through massive outreach programs. Today, the Club focuses on growing a local Tezos community by onboarding developers, tech students, web3, NFT, blockchain and crypto enthusiasts.

The symposium at Kyambogo University was in the university’s CTF auditorium.

On the same day, in Kikoni – Makerere University, the Uganda Tezos Community Growth Project was launched at HS Gamers by Mr. Danson Twesigomwe, the Project Head.