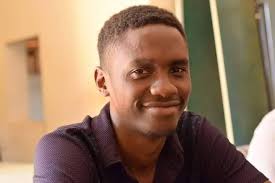 Former Makerere University Law Student and Kawowo Sports scribe, Mike Muhima has been remanded to Kitalya Government Prison. Muhima, who had been on Police Bond following a case in relating to cyber abuse (he’s alleged to have done offensive online communications).

Muhima was taken to the guardhouse today after appearing before Buganda Road Court (quite surprising) as he honored his routine on bond obligations.

The accused was whisked away earlier this year from his residence in Kabalagala by security officials. A close friend narrated details of his nasty arrest that has kept Mike off the public eye.

“When Mike stepped out to buy airtime in that evening, it wasn’t the now popular Drone Operations but they carried him and pushed him under the seats of the Police pick up (Kabangali) like ordinary criminals”. She sadly lamented.

Kitalya Prison has become a dead end for any Ugandan but the government apparently uses it as it’s haven to “keep law and order”.