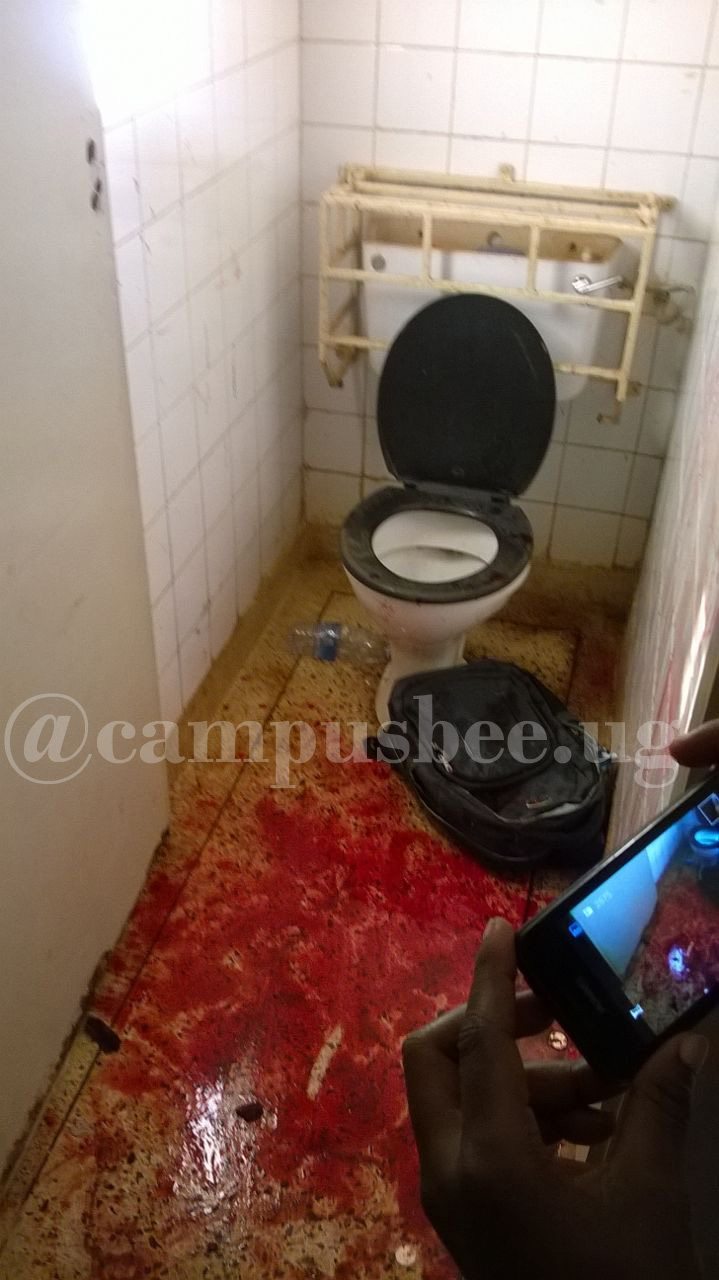 This Friday afternoon, a Kyambogo university student identified as Naggayi Victoria, a first year student offering Bachelor of Management Science has been cut in the butt, forehead and arms by a yet to be identified assailant who has been arrested and held at Kyambogo Police post.

A source told Campusbee, all this happened at the Republican Academic Centre building this afternoon as the guild rallies were happening. “The guy came asking for the girl. He had a panga in the bag. On being told by the girl’s friends that she was in the loos, he followed her there where this whole scenario. He cut her forehead and hands.  She later came running with blood dripping attracting students attention,” the eye witness narrated to Campus Bee.

The girl was rushed to the medical center for first aid and she has been transfered to Mulago hospital as her condition remains critical. The suspect remains in police custody.

We shall keep you posted as details of this story unfold.