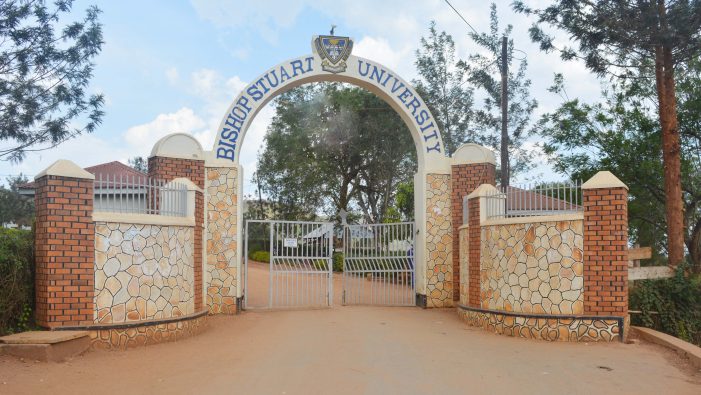 Yesterday Wednesday 19th February 2020, a group of Bishop Stuart University (BSU)  Students led by their Guild president Denmark Adios staged a peaceful demonstration over the poor state of the roads near their campus especially the main road that runs from town (Mbarara) to their university premises in Kakoba.

Transport on these roads becomes worse day by day especially during rainy season like it is now, where the existing holes become small lakes , and too much dust during dry season.

They said that if it’s not the state of the road, their fellow student Lydia Kasasira, would not have died. They also accused the Authorities for not fighting insecurity in the areas of Kakoba Division Mbarara Municipality where students property is always grabbed frequently.

Youth Leader also an Interdisciplinary Scholar. Let's get in touch; WhatsAPP +256705328133. "Thus far the Lord has brought me"