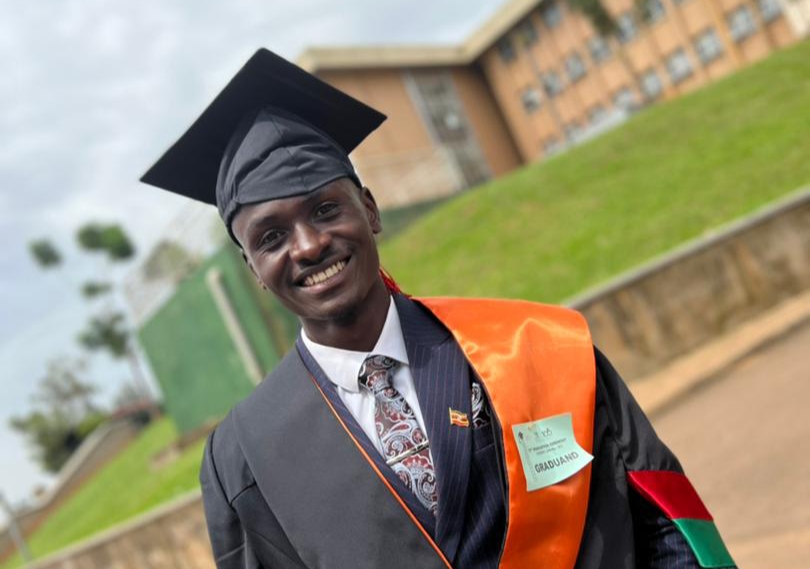 ADVERTISEMENT
Alex Mugasha who attained fame as the ‘Bushera Guy’ in a viral social media video during the 2019 15% tuition fees increment strike has Graduated with a Bachelor of Arts with Education at Makerere University.

He is one of the many students who graduated on Tuesday, May 24,2022 in Makerere’s 72nd graduation.

Alex made a switch to media after a recorded video of him imitating NBS’ Samson Kasumba while making local porridge locally known as ‘Bushera’ went viral in 2019.

NBS TV picked interest in him and he was granted an opportunity in 2019 when he joined Next Media Services as a trainee.

Mugasha, however, in Sep 2021, grew from being a trainee at the station to a permanent employee and was made NBS Bureau chief of South Western Uganda.

Makerere University week-long graduation ceremony kicked off on Monday and will run up to Friday, May 27.