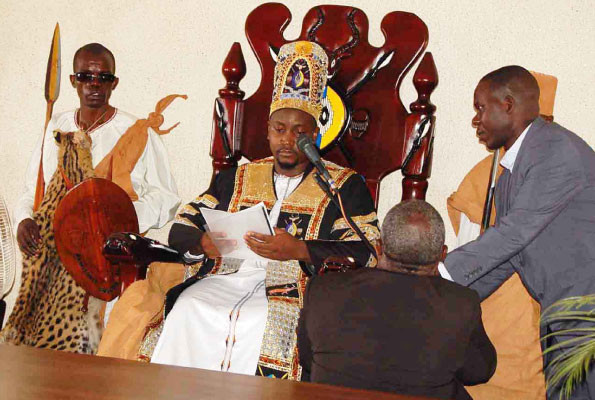 The Kyabazinga of Busoga (FILE PHOTO)

Last week, seven new cities were operationalized in Uganda among these were Jinja, and Mbale in the eastern part of Uganda. The elevation of the above municipalities to a city status brought a developmental change to eastern Ugandan.

However, the senior citizens of Jinja city have expressed worry when it comes to higher education. They appealed to the government to establish for them a Public University in Busoga sub region since this will also give a chance to the less privileged who cannot meet the costs of living in Kampala.

They highlighted that the cost of living in Kampala, such as accommodation, transport and food when summed up are higher than the tuition paid at the University which is hard for the economically disadvantaged but academically talented students to access. Therefore, according to them, the more reasons Busoga sub region should be granted a Public University.


According to them, their requests are always left behind as far as higher education is concerned with no public university around their place as it is in other regions such as northern, western and central Uganda.

Few years back, the government of Uganda had proposed to turn Busoga University into a public university but the proposal has not been implemented up to today.

Dr. Frank Nabwiso one of the senior citizens in Jinja city added his voice onto the same campaign by tasking the leadership of Busoga University to explain what went wrong and to why things are not being settled as soon as possible. He talked about the same university as being the center of politics at the expense of Basoga.