Dudes are resorting to “Mulondo” and other sexual stimulants to help them keep their relationship strong and long. There has reportedly been an increased break-up of relationships as girls are complaining that their guys are not satisfying them in bed and they allege that this has been caused as a result of most of their guys having small dicks.

“Most of these guys have small dicks and they are not satisfying us in bed. They take 10 minutes and they are down. Some of us can’t continue being in such relationships when we are have having bad sex,” a university babe angrily commented. 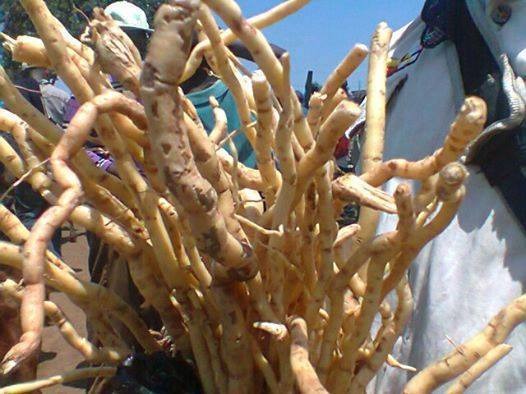 After learning that they rapidly are losing their precious loved ones to guys with ‘big dicks’, the small dick army of Busoga University has found a fine solution to bringing back their women. They have sought for refuge and solace in eating Mulondo a sex stimulant that works well in ‘crisis management control’

“I now eat mulondo three times a day, before lectures in the morning, after lectures and even when i don’t have lectures, i have a bite of the stick,” Gerald a second year student intimated.

Students especially third and second year are now supportive to each other and the Mulondo Business is selling like hot cake around the university. They are helping each other in these “times of need.”

“My friends used to laugh at me for selling mulondo that no one would buy it but I’m now having the last laugh. Students now even book before i even ‘stock’ a week earlier,” a mulondo vendor told our snoop.