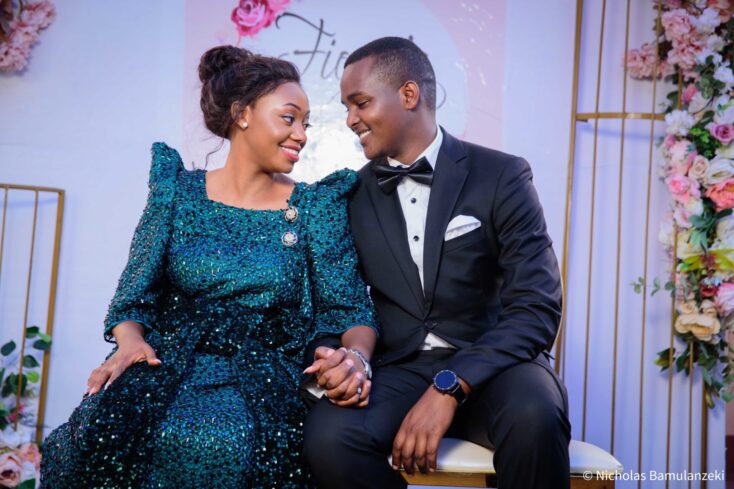 The wedding date was revealed by Veteran Journalist & Writer Andrew Mwenda who showered some bright light on matching outfits worn by the two love birds sometime this week.

“Canary weds Sasha September 18, see they are even wearing the same suit 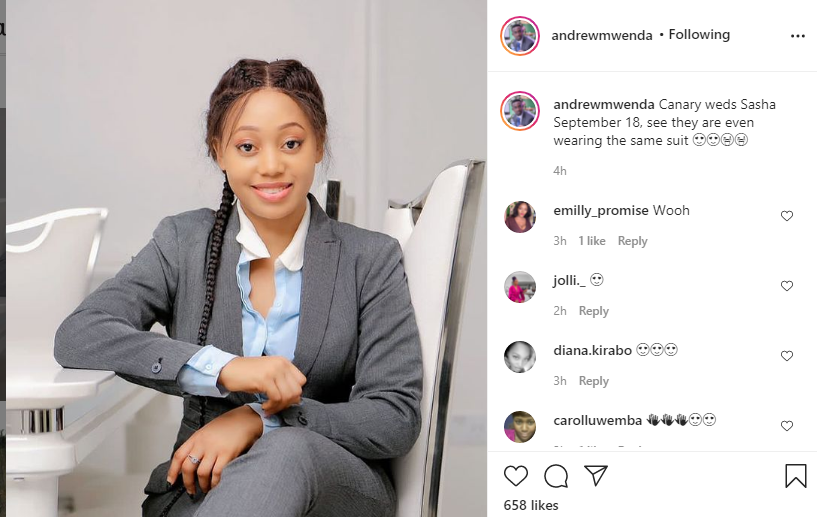 It should be recalled that sometime last month, Canary took to his social media platforms asking his followers to recommend some of the best places for a honeymoon. This, just like many believed, was all part of the plan.

Sasha introduced her fiancée , Canary to her parents in May this year, in a ceremony that was low key but very beautiful. The introduction came a day after Sasha Ferguson graduated from Makerere University during the 71st graduation ceremony, this year.

The venues of the wedding and all the subsequent events still remain unknown but be assured to be updated by the Bee. Stay tuned