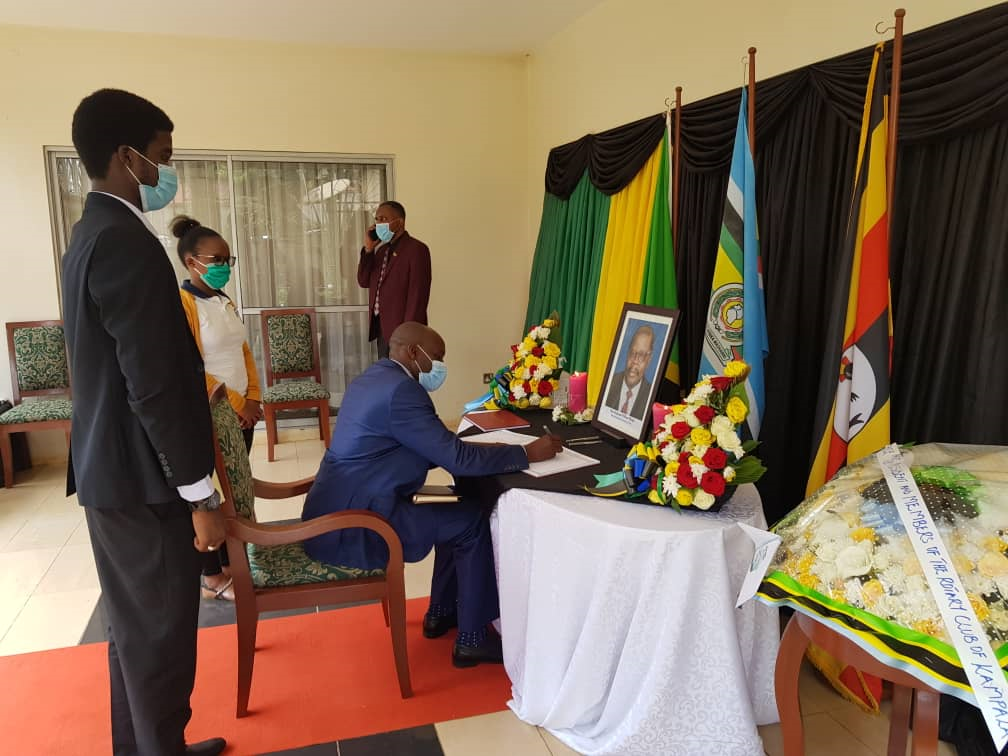 Prof John. F. Mugisha, the Vice Chancellor of Cavendish University Uganda yesterday, the 30th of July, 2020 paid his last respects to H. E. Benjamin Mkapa, who was the University’s Chancellor (2014-2020) and former President of the United Republic of Tanzania (1995-2005).

The Vice Chancellor signed the Condolence book from the High Commission of Tanzania in Uganda together with Mr. Muhammad Magaji Ja’afar the Acting Guild President and Ms. Glory Faima the Rep. Tanzanian Student’s Association.

H. E. Benjamin Mkapa has served as Chancellor at Cavendish University Uganda with meticulous focus, diligence and guidance since its 3rd Graduation in 2014.

He died on 24th July 2020 after a short illness at a hospital in Dar-es-Salaam where he was receiving treatment at the age of 81 years. The memory of his passion and achievements will remain an inspiration to all who continue in the struggle to achieve a better life through education.

During these difficult and challenging times, deepest condolences and sympathies go to his wife Mrs. Anna Mkapa, his family, the Cavendish fraternity and the citizens of the United Republic of Tanzania.

May His Soul Rest in Eternal Peace.