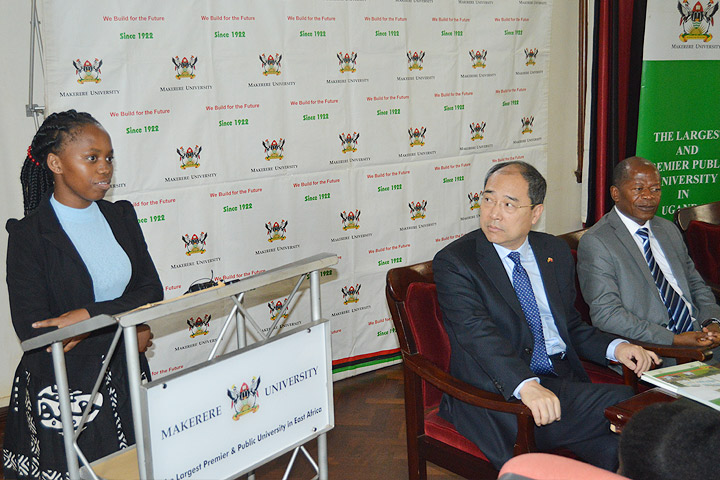 Uganda’s premier institution of higher learning, Makerere University is moving to launch a bachelor’s degree of Chinese and Asian studies amid fast growing concern about China’s stake in Uganda and Africa at large.

According to Prof Aaron Mushengyezi, the Dean School of Languages, Literature and Communication, the course will be launched in the 2019/2020 academic year that translates to next year in August.

The course will be a three-year program and shall see the best students travel to China as means of intensifying the study of the course and training tutors for the said program.

The School of Languages, Literature and Communication has successfully defended the programme before the senate academic affairs committee as we speak and the programme will soon be tabled before senate for final approval. Upon this approval, the program will be ready for flagging off and commencing thereon.

According to Prof. Mushengyezi, the program is important and will be a success because currently Makerere University is teaching the subject of Chinese which is offered on the Bachelor of Arts degree.

“This means a student has to combine Chinese with another subject which as the institute thought it was not good enough. There is a lot to learn from China and from the Asian continent as a whole,” he acknowledged.

Needless to say, he also noted that China is poised to be the leading economy in the world, for this time, having been the largest single foreign direct investor in Africa and Uganda.
In support of the program, Prof Barnabas Nawangwe, the Vice Chancellor Makerere University noted that Chinese businesses are setting up companies in Uganda that have a growing demand for workers.

“There is a huge demand in the business sector to trade with China because most of the Ugandan Imports come from China, hence there is a growing need for Ugandans who can speak Chinese both for business, diplomacy and also for those who want to study abroad,” Prof Nawangwe said.

So far 15 Ugandans students have been sent to Xiangtan University for a one year course in Chinese language and it is from them that some will be selected to be the pioneer tutors. Next year more 30 students will be sent and among these some will go for masters and even PhDs.

Not to be taken for granted, the Chinese government has pledged in principle to construct a state of the art building at Makerere which will provide more space for lecture rooms, offices, and cultural centre among others. All this is in preparation for the new programme.