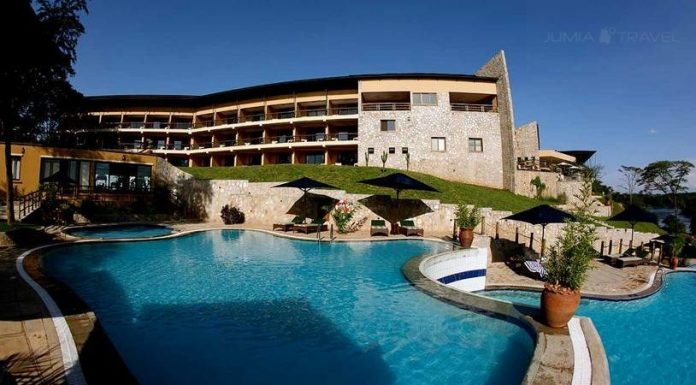 Chobe Safari Lodge has announced that it will be closed to the general public as American rapper,  Kanye West will be visiting the country and he is set to spend his nights at the facility.

In a phone interview with a local tabloid, Matooke Republic, Chobe confirmed that they are currently closed to the general public.

More information coming in from Chobe indicated that the rapper whose booking will expire on the 19th of October will be staying at the facility for one week.

“We are closed to the public until October 19th,” they said.

Apparently, the GOOD MUSIC CEO will record the remaining songs for his new album while at the Murchison Falls National Park – based facility.

Being one of the tourists’ favorite spot in Uganda, Chobe Safari Lodge is a five star lodge which was in 2011 named by CNN among the ‘Top Ten Gyms With Most Amazing Views’.