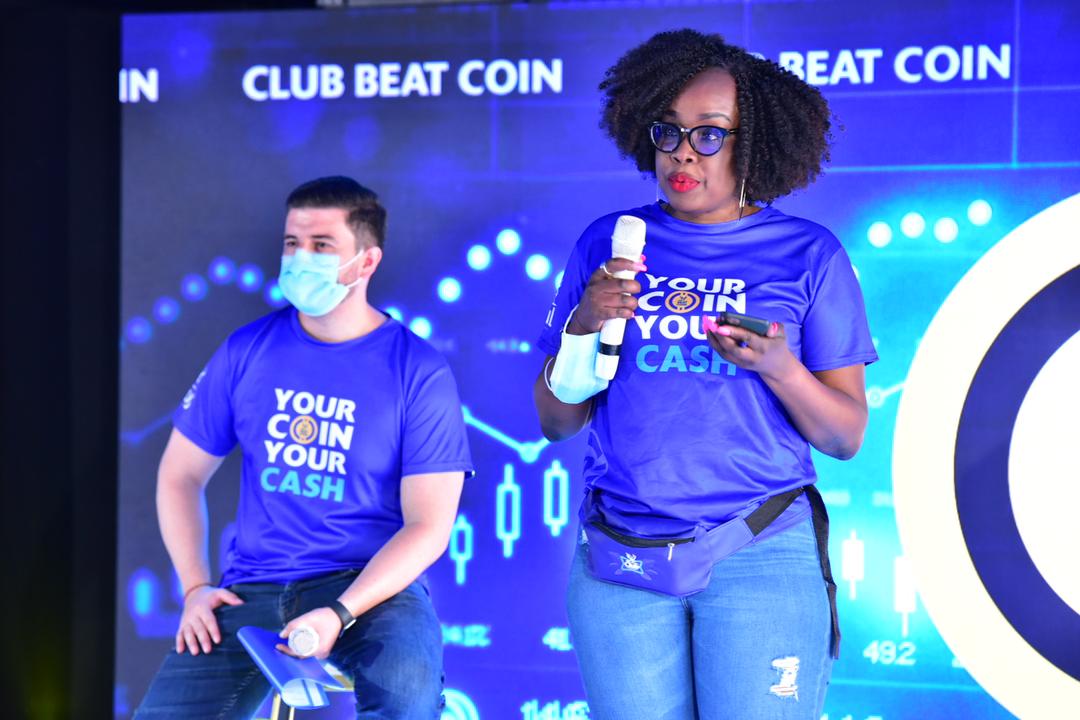 Remember the time, growing up, when we’d gather soda crowns to Win, School, Fees? Yeah, I separated it to bring out its actual out look. Well, Club Pilsner must be looking to revive those moments. Or perhaps better, because we are now adults of enjoyments age.

Club Pilsner has today launched the “Club Beat Coin” at their Head Office in Port Bell, Luzira. Club as a brand is for the fun person; a person who is proud of their grind but also wants to have fun.

Noting that the world is turning digital especially, when it comes to modes of payments., the beer that I mostly thank for giving us Club Dome moments is going to run a giveaway campaign based on the crown you get every time you open a bottle of Club.

Dubbed “Club Beat Coin”, the campaign has its name coined from a popular cryptocurrency called Bitcoin.

“Since the Club consumer is woke & ‘’switched on, we want to introduce Beat Coin to our audience which they can redeem their beers from. This coin will be unique and one of a kind. It’s a disruptive promo which steers away from the monotonous ‘scratch and win’ or ‘check under the crown’ approach.” Club Pilsner said in a statement.

Speaking at the launch, the Nile Breweries Limited (NBL) Managing Director David Valencia said, “Club is all about being an enabler for people to be the best version of themselves without any hindrances; Not even during Covid/Lockdown.”

“We need to evolve and that is why we have come up with Beat Coin for Club Pilsner.  Club Pilsner has invested  millions in this promotion which will be running for three months.  The campaign follows the recently concluded #ClubBeatzAtHome concerts.” He added.

Beat Coin is going to be the currency on the beer market in Uganda for the duration of the campaign as distributors, stockists, and sellers also stand a chance to gain.

To gain from the campaign, simply purchase a bottle of Club beer, check under the crown for a 300/= Beat Coin, exchange your Beat Coin for a discount on your next Club the more coins the bigger discount. The prizes to be won include T-shirts, bags and beanie bags.

For every Club Pilsner you open, you can gather the crowns as an individual or as a group and use them as discount codes whenever you go to your bar (in the day) or favourite kafunda.

Oh by the way, Pallaso was at the launch. And he couldn’t go without jamming to “Malamu bakwongere endala.” Take that as your guiding anthem to win these discounts.