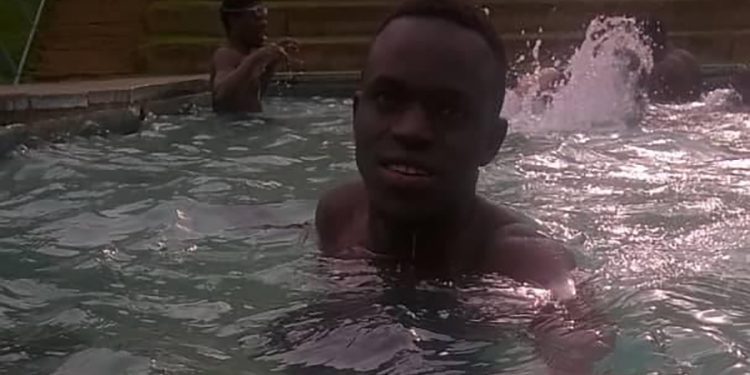 More details have emerged about the death of James Uwimpuhwe, a Makerere University student who drowned in the university swimming pool yesterday evening.  According to an eye witness, Uwimpuhwe was seen taking pictures before trying out the floating trick.

He reportedly asked someone nearby the pool to help him take pictures while standing on the shallow end on the pool. The eye witness also narrated that Uwimpuhwe did not know how to swim as evidenced by the way he was holding the pool pole.

“From the way he was holding the pole in the pool, it looked like he didn’t know how to swim,” an eye witness narrated.

More details indicate that swimming pool attendants alerted the sports and recreation department at around 4pm that Uwimpuhwe had drowned. It didn’t take long before head of the department, Peninah Kabenge told the attendants to carry Uwimpuhwe to her car, who later drove him towards the main gate.

One of the people (names withheld) who drove Uwimpuhwe revealed that deceased’s pulse was still on while he was being taken to hospital.

“At first we wanted to take him to the university hospital but we weren’t sure we would find oxygen, that’s all he needed. We drove on the wrong side of the road like an ambulance, we were in a rush, we thought we could save Joseph,” the witness said.

While trying to communicate with the deceased’s family at the hospital, his friend managed to unlock his phone and pictures of him posing in water were discovered. According to the friend, this was Uwimpuhwe’s second time attempting to swim.

‘’He did not know how to swim this must have been the second the time,’ the friend said.

We Were Dumped in the Village, Services Are Inadequate - MUST Kihumuro Campus Students Cry Out