Details: What You Missed at the Kyambogo University Freshers’ Ball 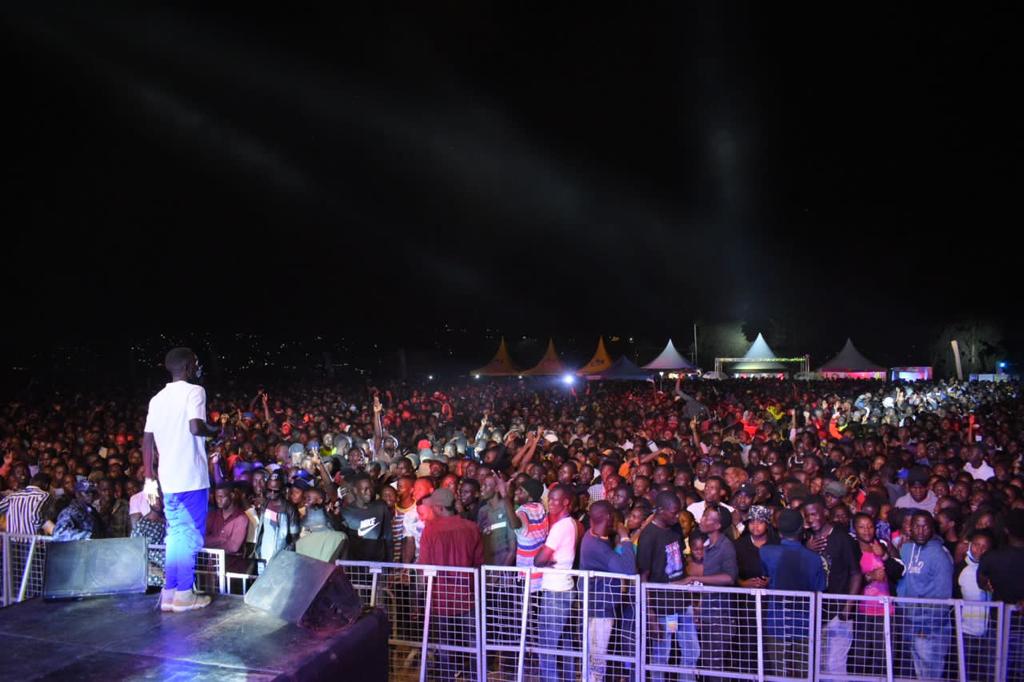 Yesterday, Friday 17th June 2022, Kyambogo University held one of the most exciting Freshers’ balls that was graced by the presence of quite a number of artistes and Dee Jays.

It was organized by the 18th Guild government led by H.E Serge Tumwine and Campus Bee. Sponsored by Uganda Waragi and Guinness Smooth, the event couldn’t be any less exhilarating as the students were surely in high spirits.

You could see the big guys with big disposables of Guinness Smooth sipping from them every now and then. The fact that a small bottle of Uganda Waragi was shs. 3000 instead of shs. 5000 gave many students an opportunity to taste one of Uganda’s best products.

Upcoming artistes from the university were the curtain raisers for they were given an opportunity to show case their talent and impress everyone with their vocals. Well, the Itesot Artiste gave the best vibe.

Everyone threw their hands in the air when he came on stage, triggering everyone to shake their bodies and yet still applaud him as he continued to sing. You could not miss the Ghetto kids for the world! Giving such an amazing performance as they broke their bones just to show everyone that they are the creators of dance, they won themselves a lot of praises and noise from the crowd.

Martha Mukisa was the first singer to show up and she elated her fans when she performed “Sango”, a wonderfully hit by her and Eddie Kenzo.

Gravity Omutuujju made everyone scream with such joy and pleasure, knowing how he never leaves his crowd silent. Everyone was whispering about how he never disappoints and how he makes everyone sing more than he does at every occasion he is called upon to perform.

Truth be told, Mudra D’Viral was the king of the night. His fans barely gave anyone a chance for them to hear his awesome voice as they joined him in singing each one of his songs throughout the whole time he was on stage.

Ykee Benda and Fefe Bussi were the last but not least performers at the Freshers’ ball. It must have been late, otherwise they wouldn’t have given such short performances that hardly lasted a second. Perhaps it was because of the so much love the audience had for them that they were missed even before they left the stage.

The students and Banda dwellers had one of the most incredible nights of the semester. Most of the girls were dressed to kill seeing that they got such hungry stares from the boy child everywhere they passed. The lucky guys got a chance to dance with them, the dance that has recently been called a co-curricular activity by some schools.

The fun they had with those drinks exceeded the limits as some of them didn’t behave as appropriately as they should have. That explains why the police held about fifty or more of them captive as they had to explain their bad behavior in form of theft, smoking and touching the girls inappropriately.

H.E Serge Tumwine gifted the Chief Fresher known as Joan a flat screen and then thanked everyone for attending the ball massively.

It is incredible how the 18th Guild government under his leadership organized such an impressive Freshers’ ball exactly like the students had anticipated.

After the Freshers’ ball, the Health week is the next event to get ready for this semester, and everyone hopes it will be successful too.