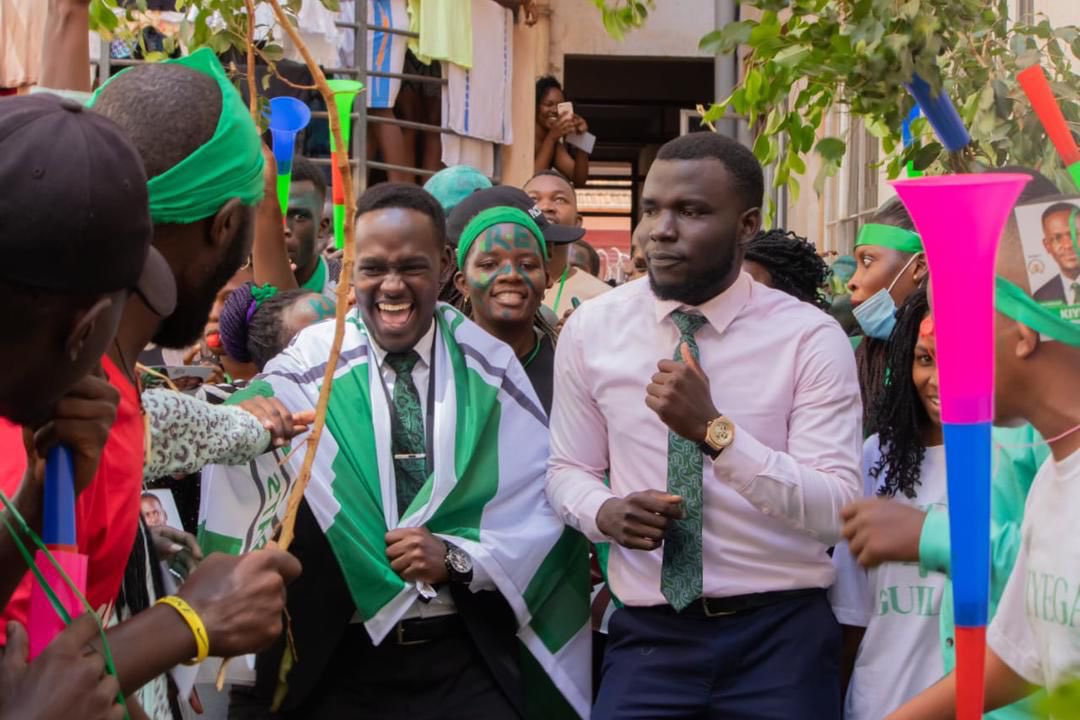 Nimrod Kakayi (1st runner up) got 785 votes casted in his favour while NUP’s Valetine Ogwang got 694 votes followed by Anthony Joseph who settled for the fourth position. The results were announced by the electoral commission at the MUBS playground.

DP’s triumph comes as a disappointment to National Unity Platform’s diehards who had anticipated to win the guild presidential race with a landslide victory following their lead in the opinion polls and their victory in the preceding guild elections.

MUBS guild elections had initially been scheduled for December 2021 but the same were cancelled after a section of voters ran away with a ballot box to reciprocate their anger as they had allegedly been denied a right to vote as their names had been missing on the ballot papers.

DP’s victory poses a challenge on the National Unity Platform’s relevancy at the Nakawa-based business school.

According to results from the polls, MUBS students prioritized the Democratic Party as opposed to the National Unity Platform which has proved to be the students’ favourite political party since its establishment.