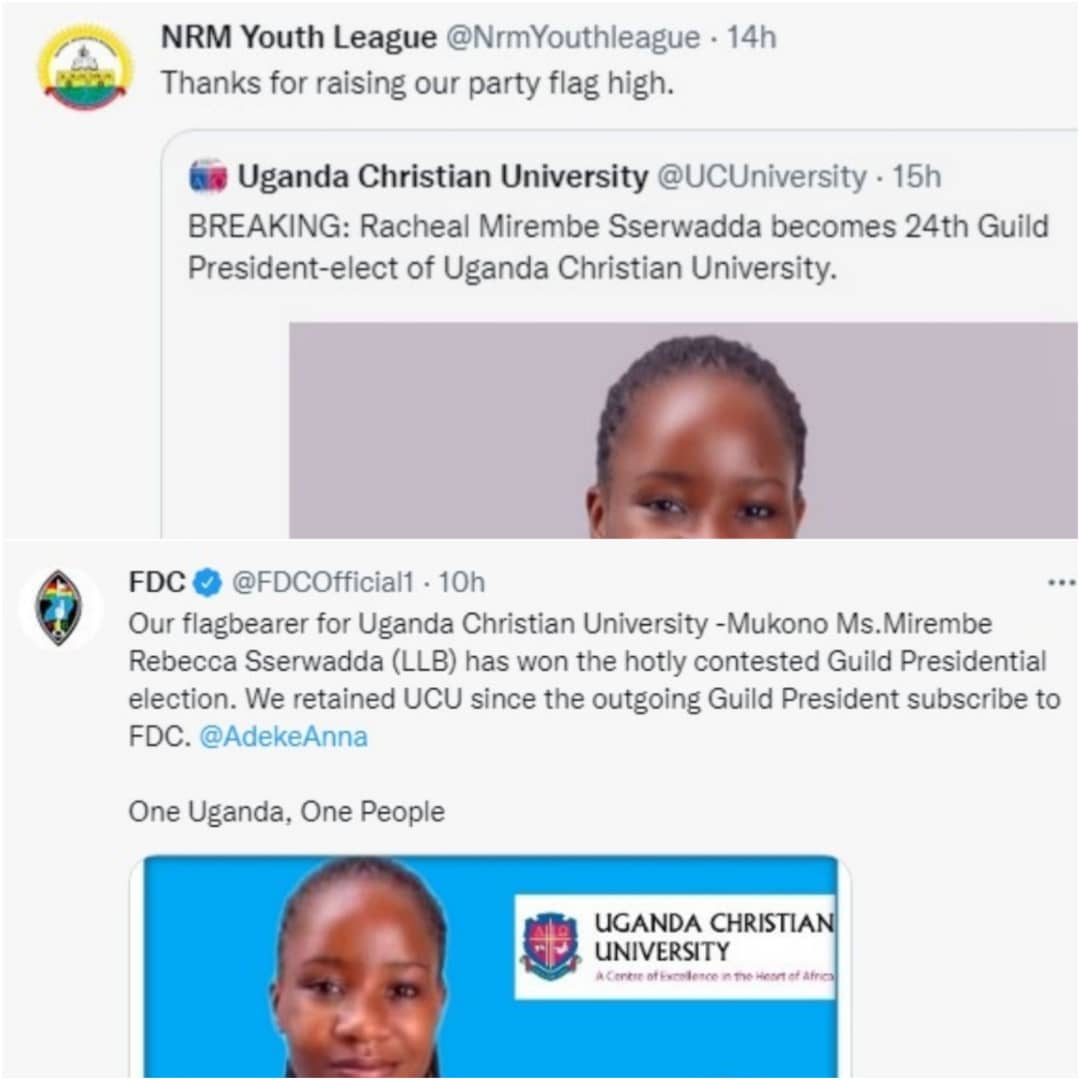 Racheal Mirembe, a legal scholar at the Mukono based institution has left a section of followers puzzled after two national-level political parties claimed her membership.

National Resistance Movement (NRM) Youth League and Forum for Democratic Change (FDC) seem to have cynically had the same fag bearer for the top seat in UCU’s students’ leadership.

The two rival parties congratulated Mirembe upon raising their respective flags high even when her campaign posters indicated affiliation to neither party. Our efforts to access Mirembe for a comment on the matter were futile due to her new busy schedule.

Regardless of the political bewilderment, Racheal Mirembe Sserwadda awaits her official assumption to office and kickstart the implementation of her five-point programme consisting reforms on health, education, security, accountability and formidable leadership.