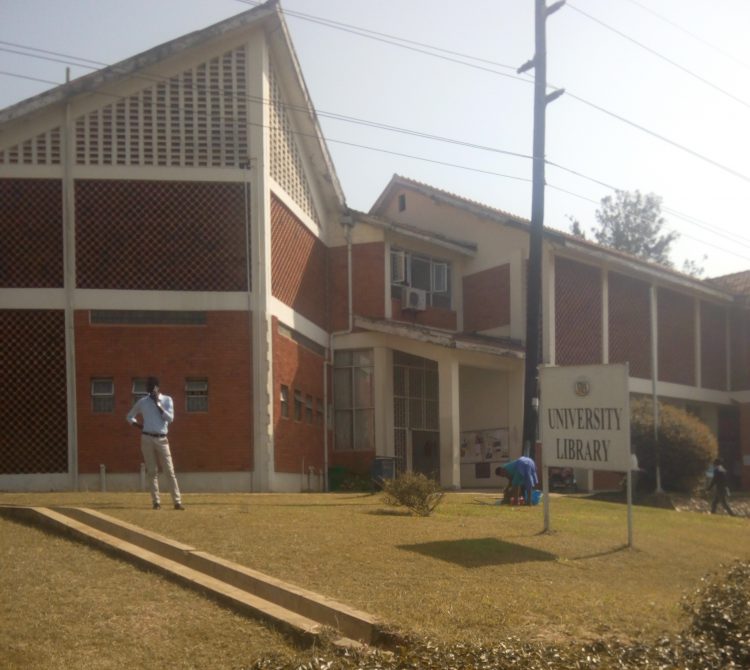 Three students at Mbarara University were yesterday night locked in the library after the library stuff closed the building earlier than the usual time, leaving them stranded inside the whole night on empty stomachs.

According to reliable sources, power in the university went off at around 7:30 pm when students were having personal revision and study in the library which pushed most of the students to leave the library, however, three students stayed behind with hope, that power would be restored shortly. Minutes later, the library stuff took a move to close the library as early as 7:50 pm without checking through and notifying students that could have still remained inside.

The stranded students stood at the library exit for hours calling out for help until passersby learnt about their situation but unfortunately with no way they could get them out. The students who preferred anonymity narrated how their whole situation came about.

“We were having a discussion in the upper wing of the library, then power went off and we decided to stay longer and wait until power is back on. To our shock, an hour later, the library ground floor was so silent so we got worried and went to find out if there were any other people still in library. We found no one there and all the library stuff had gone and library exit was locked in chains. We spent the entire night inside this library without having supper” narrated one of the frustrated students who was stranded.

Regardless of the University owning a fully equipped stand-by generator which powers the Library as one of the most important places in the University, power is not always restored during night power black outs. The library in this Mbarara based university frequently opens at 9 a.m in the morning and closes at 9:30 p.m in the night.