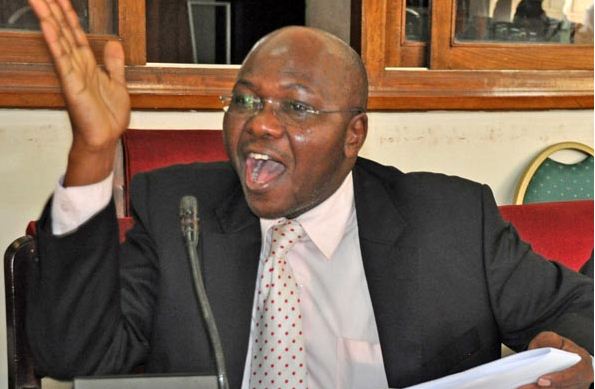 The hearing of a case in which the former Kyambogo University Vice Chancellor, Prof. Isaiah Ndiege filed a petition for Judicial Review at Nakawa Court against the University is slated to start today on Monday 9th Jan 2015 before Judge Elizabeth Nahamya. The Professor is represented by Counsel Isaac Kimaze Ssemakadde of Centre for Legal Aid.

In the petition, Prof. Ndiege seeks an order of Mandamus compelling the respondent and its servants to cause his re-appointment for a second term as Vice Chancellor in accordance with Sec. 31 (4) of the Universities and Other Tertiary Institutions Act. Not done yet, he requests Court to quash the University’s decision to seek for other suitable candidates for the position of the Vice Chancellor yet the applicant who is eligible for the same and in a more advantaged position was overlooked.

Furthermore, Prof. Ndiege seeks for a Court order prohibiting the Respondents, its servants or agents from recruiting another person to fill the position of Vice Chancellor unless or until the applicant has been given a reasonable and fair chance to be re-appointed for another term. Also, he hopes that Court quashes the decision of the respondent to exclude qualified candidates below the age of 45yrs [yet Art.21 of the Uganda Constitution directs that all people are equal before the law in all respects] from applying and yet include candidates above the mandatory retirement age of 60yrs as per Sec.12 of the Pensions Act.

It must not be forgotten that Prof. Ndiege presided over one of the most chaotic chapters in Kyambogo’s history books, with his reign being characterised by strike actions of both students and University staff alike. However, he boasted quite a following among the student fraternity by the time his first term of office expired.

Should the Court Ruling go in Prof. Ndiege’s favour, Kyambogo will find itself in an awkward and in-enviable position of having to pay him for all the months that it has unjustly kept him out of office.