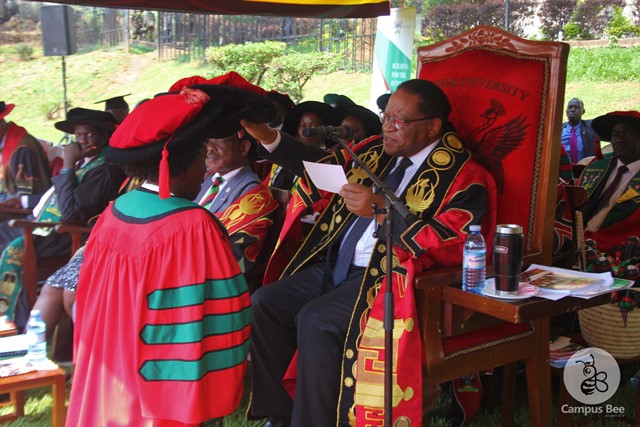 During his speech to graduands today morning, the Makerere University Vice-Chancellor Prof Barnabas Nawangwe re-emphasized his warning to continuing students who are paid to cause chaos at the university.

His remarks have come following yesterday’s announcement that the struggle to weed hooliganism out of Makerere will continue until the institution is free from the mentioned habit.

“Yesterday I made a very serious warning to our students. I said our students have become very disciplined but I also said that we still have pockets of hooliganism and I warned that everybody who is going to use hooliganism as a hobby or as a source of income will be dismissed.” Nawangwe warned.

“The struggle to weed out indiscipline from Makerere University will continue. “ Nawangwe announced yesterday before telling the graduands that Makerere has played its role by skilling them. Nawangwe further told the fresh graduates to look for jobs or create employment opportunities that the country needs badly.