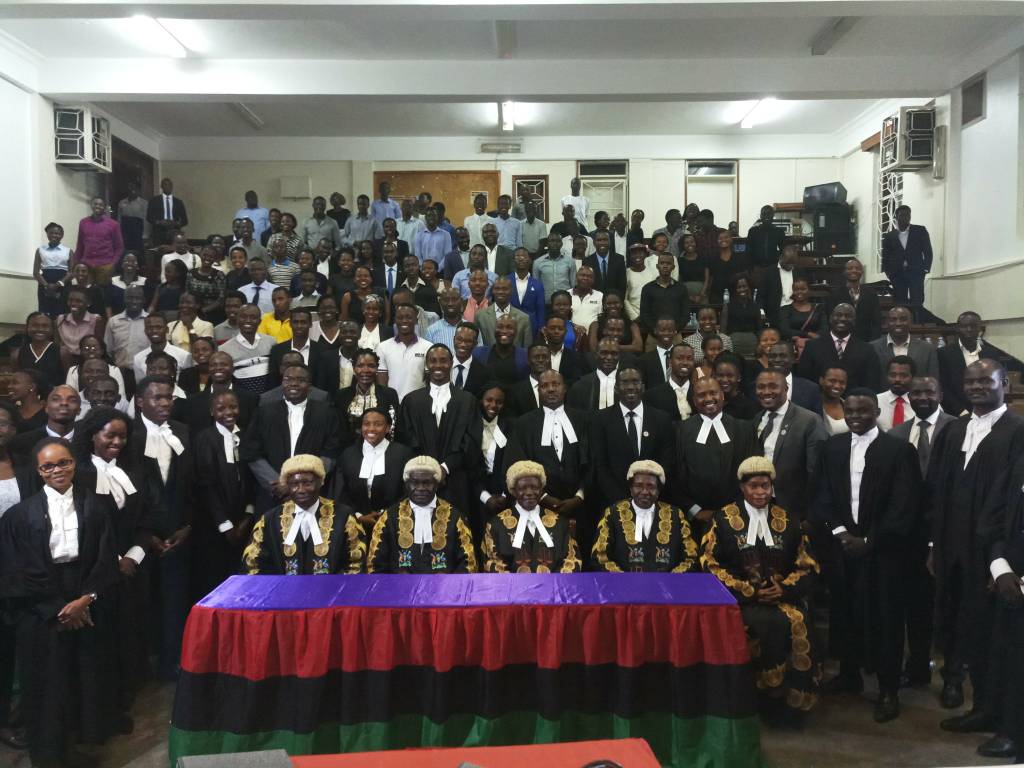 Students with Justices of the Court of Appeal at Makerere School of Law Lower Auditorium.

The School of Law at Makerere University is due to celebrate 50 years since establishment and has had several activities in the build up to the main event but none of them comes close to the one of Friday the 5th October.

The moot that was kicked off by the Deputy Chief Justice inspecting a guard of honour at the school had select students right from year one to year four get an opportunity to submit before the five Justices of Appeal who sat as a constitutional court. 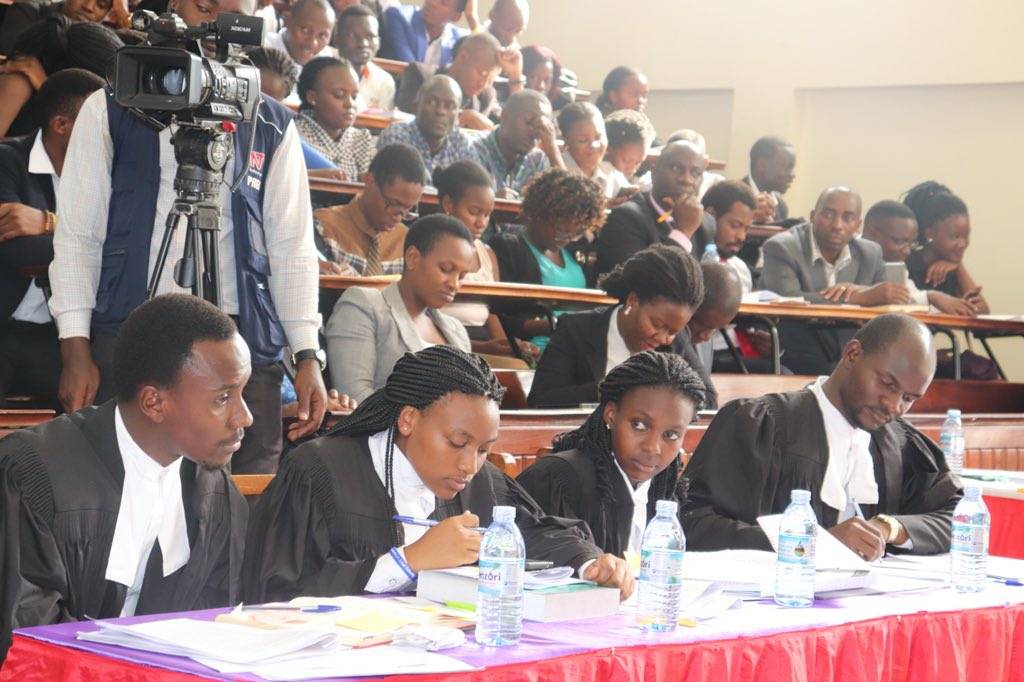 In the end, year four student, Kansiime Mukama Taremwa was selected the best male oralist while Denise Kukundakwe and Precious Tricia emerged the best female oralists of the day.

The bench considered this as their way of giving back to the school that shaped among others the Deputy Chief Justice, Justice Kasule and Justice Cheborion of those that were present.

“We’ve had an amazing journey with our Moot Society that has seen us win honors both locally and internationally, so this was our way of celebrating that feat,” said Kenneth Kiapi the Makerere Law Society (MLS) President. 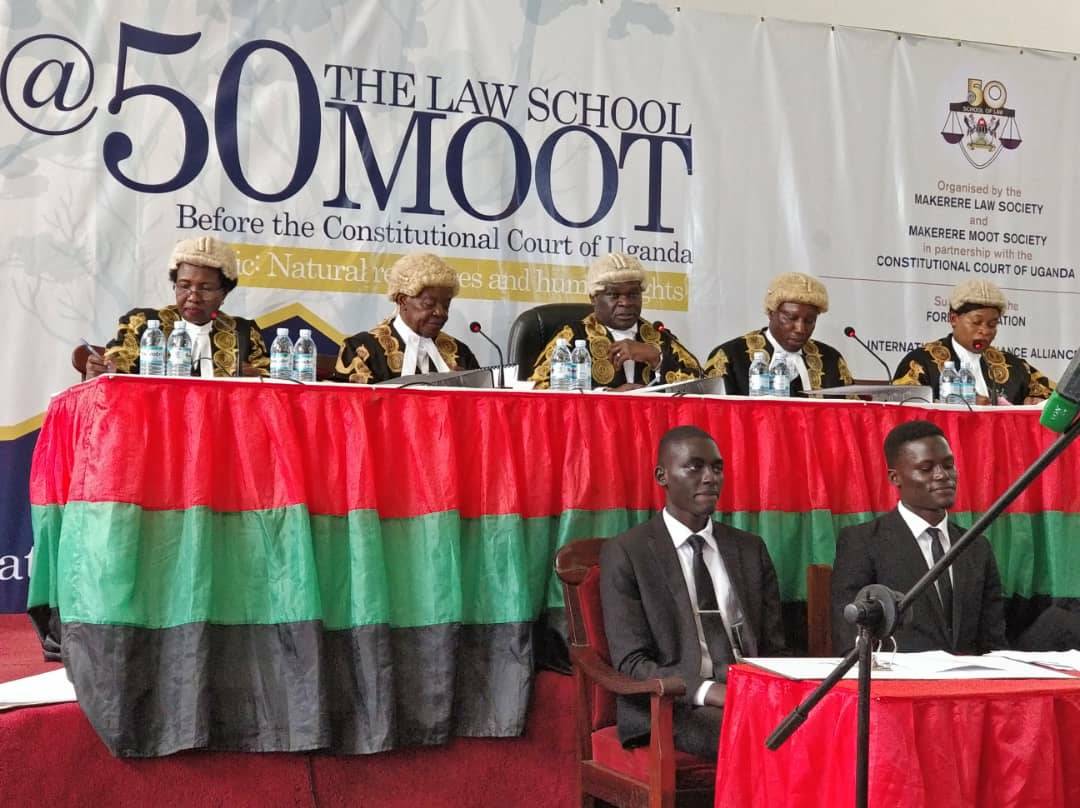 The Court of Appeal promised to keep a good working relationship with the school of law in the development of the legal fraternity in the country.

The School of Law is set to celebrate its 50th Anniversary under the theme: “Celebrating 50 Years of Success and Building for the Future.”

The celebrations have been marked by a number of activities including the moot court. The climax activity will be the School of Law@50 Anniversary Dinner at Hotel Africana in Kampala on 12th October and Chief Justice – Bart Katureebe, the founding patron of the School of Law Alumni Association Makerere (SOLA-MAK) will be guest of honor. Proceeds will go towards establishing the School of Law Endowment Fund.