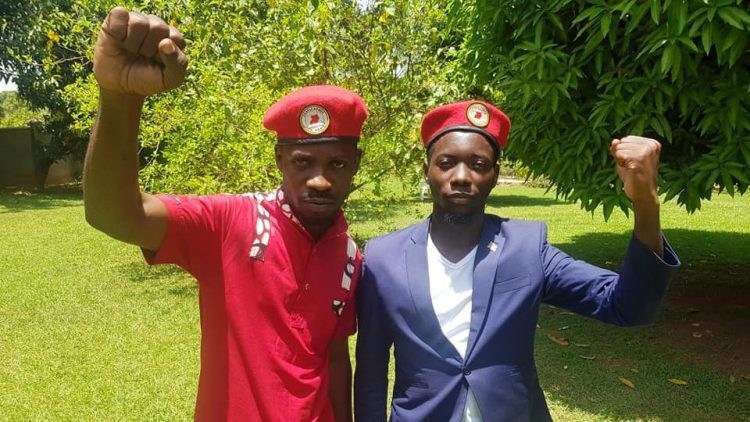 Kyambogo University Guild President Tundulu Jonathan, who was impeached by the Guild Representative Council on 2nd October was arrested on Campus yesterday by LDUs and UPDF.

Although the actual reason behind his arrest is not yet known, it is believed that he was picked up while addressing students at the Faculty of Engineering and requesting them to vote him in the referendum that will decide his stay as Guild President of Kyambogo University. He spent a night at Jinja Road Police together with his diehard supporter Mbazira John. Below is a photo taken this morning by Twine Herbert.

We shall keep you posted on his release.