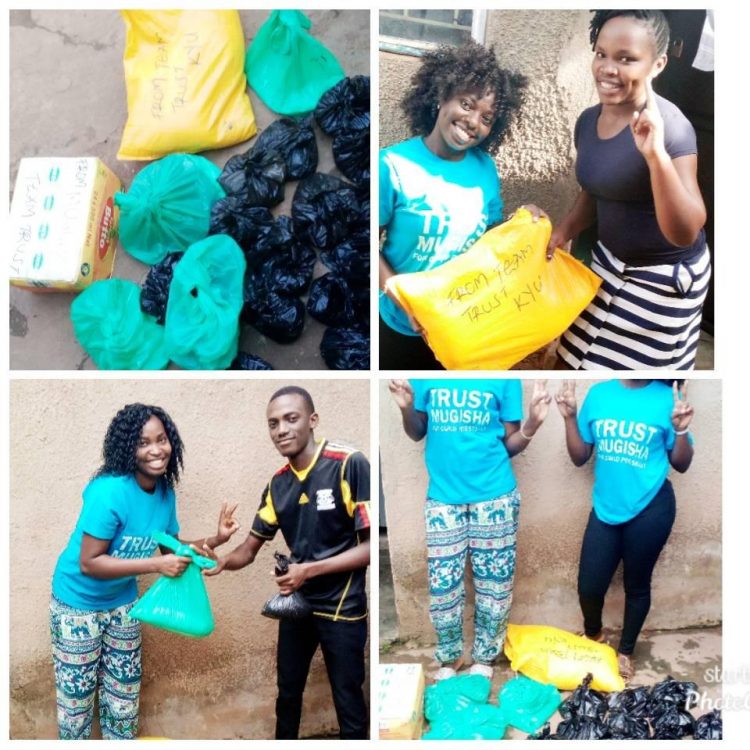 Mugisha Trust Nduwayo, the FDC Guild Presidential aspirant at Kyambogo University has demonstrated solidarity with students that remained back at hostel while the COVID-19 crisis struck.

It should be remembered that President Yoweri Museveni closed all schools countrywide including Universities on 18th March 2020. He also followed up with an immediate ban on public transport means on 30th March. This has since made it hard for some students to return to their homes It is in this regard that Mugisha, assisted by his team have extended support in terms of rice, cooking oil, sugar and flour to the starving Banda dwellers.

As the COVID-19 lockdown continues to affect Ugandans differently, Campus Bee also received reports that some Kyambogo University students who were unable to go back home have now resorted to prostitution in a bid to get money for food.

According to Esther Birungi, a popular Twitter user, who has talked to one of the university’s female students (now stranded in hostels), who reached out for help after failing to get something to eat. Birungi shared screenshots of the conversation and it clearly highlights on the unbearable conditions these students are going through.

Mugisha’s donations could actually come in handy to help these frustrated students. Kudos!