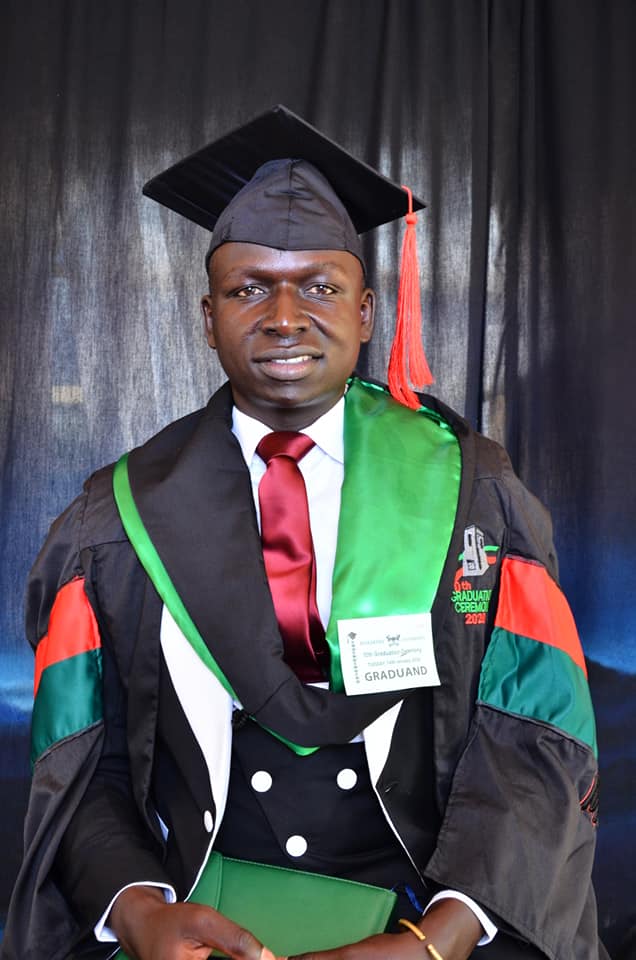 Yesterday 15th January 2020, was the second day for the 70th graduation ceremony of Makerere University where over 3000 students graduated with diplomas and degrees from various disciplines. Among the graduands was a one Samuel Obedgui who is a victim of the Lord’s Resistance Army (LRA) which was led by Joseph Kony in the early 2000s in Northern Uganda.

Samuel graduated with a bachelors degree of Science in Agriculture and Rural Innovation Science from Makerere University where he was able to secure a second class upper degree.

As the saying goes “Patience Pins But Pays”, Samuel has struggled with Academics for some good time by repeating some classes but he remained focus on what he wanted to achieve up to when he graduated yesterday from Uganda’s biggest University.

Samuel was abducted by LRA soldiers when he was 11 years from his home village of Pagwa Awere in Pader district and he lost hopes of going back to school. But he was lucky that when he escaped from the soldiers, he was taken back to school by his parents.

He still remembers the situation he went through as he was under LRA control. While at Makerere University, Samuel was very active in politics where served in several positions and these included Speaker for FDC Makerere Chapter,  GRC for School of Agriculture and Environmental Sciences and Cabinet Minister for Culture in the 84th Guild Government

Fr Kiibi From Mowzey Radio's Requiem Mass, Set to Graduate With a Masters in Journalism