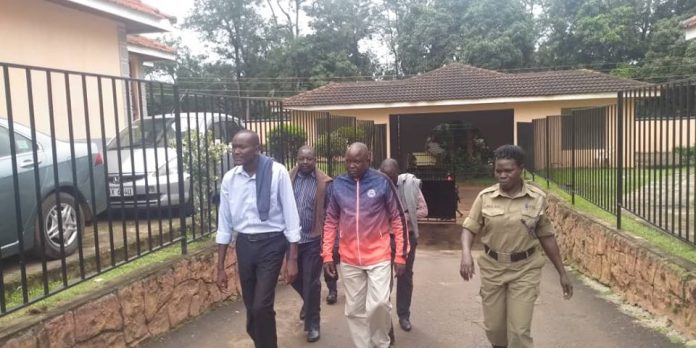 After finding a lot of trouble to finally open, Soroti University troubles don’t seem to end any time soon. The latest information coming in indicates that four officials from the mentioned university have today been charged and remanded to Luzira prison.

More details indicate that the four officials have been sent to Luzira prison over abuse of office, embezzlement, causing financial loss and conspiracy to defraud the government of Uganda. Our eyes and ears at the university have further alerted that the remand was reached following a State House – ACU operation in Teso sub region which was conducted last month.

It should be recalled that last year, the National Council for Higher Education, headed by Prof John Apuda Asibo by then insisted that the university does not possess pre-requisites for a medical school in line with the presidential pronouncement that Soroti University would be a purely science entity. It took the university a long period to finally open.

If You Can Make Retakes Disappear, Why is Your Deputy Choking on LDC Retakes? - Pastor Ssempa Stings Mbonye